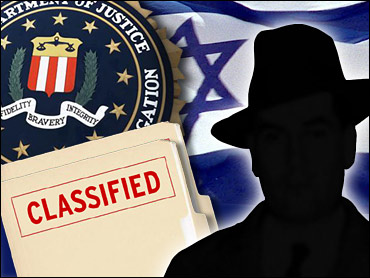 The FBI is trying to obtain the cooperation of a Pentagon analyst suspected of spying for Israel, the New York Times reports. The newspaper said Larry Franklin had been in contact with the Bureau, though it did not know whether Franklin was talking to the FBI directly or through a lawyer.

Franklin is suspected of passing secrets about U.S. policy on Iran to the main pro-Israeli lobbying group in Washington, the American Israel Public Affairs Committee, which then was said to have given the secrets to the Israeli government.

Both AIPAC and Israel deny the allegations. Israel says Iran — and its nuclear ambitions — pose the greatest single threat to the Jewish state.

60 Minutes Correspondent Leslie Stahl was first to report the story on Friday.

The FBI has spent more than a year investigating the matter, though no arrests have resulted. Franklin, an Iran specialist working under Douglas J. Feith, a top Pentagon official with close ties to Israel.

The scandal dominated Israeli news media on Sunday. In numerous interviews, both current and former Israeli intelligence officials said it was highly unlikely that Israel would have to spy on the U.S. government.

Legislator Ehud Yatom, chairman of the parliamentary subcommittee on covert intelligence, said he expected the allegations to be quickly withdrawn.

"I imagine that within a few days the United States will come out with an announcement that Israel has no connection whatsoever with the supposed spy and his activities," he told Israel Radio.

Commentators feared the reports would revive allegations that American Jewish groups may have put Israel's interests above those of the United States, and whether Israel's allies in Washington may have excessive influence over the White House.

"It breathes new life into the assertion that Israeli, and not American, interests led to the war in Iraq," wrote Nathan Guttman in the Haaretz daily. "It revives the old charge that Israel is not an ally but a treacherous country, and the old saw that American Jews have a 'divided loyalty' problem."

Eitan Gilboa, professor of political science at Tel Aviv's Bar Ilan University, questioned the timing of the reports. Writing in the Yediot Ahronot daily, he said the reports might be an attempt to embarrass President Bush ahead of the Republican convention and presidential election.

Uzi Arad, a former senior official in the Mossad spy agency, said the allegations were leaked to hurt the pro-Israel lobby in Washington.

"They way it was reported, they pointed out in which office (Franklin) worked," Arad told Israel Radio. "They pointed at people like Doug Feith or other defense officials who have long been under attack within the American bureaucracy."