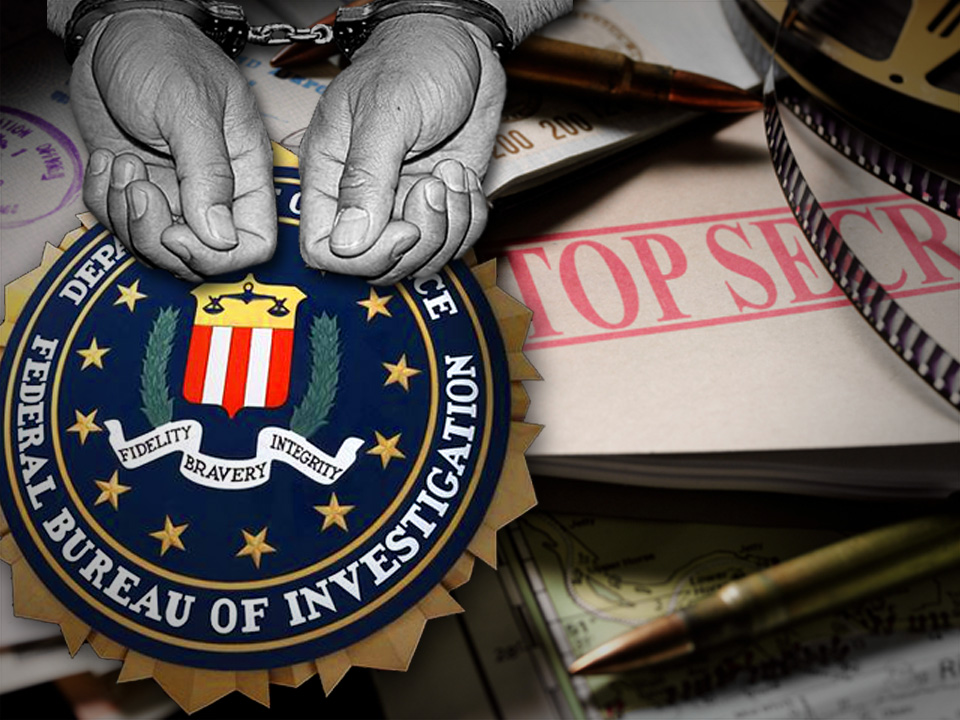 (CBS News) The FBI is bringing back memories of those World War II ads that said "Loose lips sink ships."

Officials say they're responding to two threats: the sophisticated computer hacking skills of outside intelligence agencies and the possibility of a trusted insider giving away secrets.

The FBI has created a multi-city media campaign, targeting areas where there are government intelligence agencies or private contractors who work on classified military projects.

The idea is to let the public know about the dangers of cyber-espionage.

In one case, something very rare: actual undercover video of a spy caught in his own web. The video shows a U.S. intelligence officer still wearing his Navy uniform when he showed up in a hotel room intending to sell secrets to a Chinese agent.

Bryan Martin is seen saying, "I know exactly what I'm getting into. I know the penalties."

The 22-year-old was trying to sell classified information about U.S. military operations.

"I have a fairly good idea of what I can provide: imagery, reports, things from secret and above," Martin said.

The man Martin believes is a Chinese intelligence officer is actually an undercover FBI agent.

Martin explained why the secrets were worth paying for, saying, "For instance, this one not only highlights the threats that we perceive, it identifies weaknesses and how we are not sure, not capable or not prepared for this."

"He knows he's dealing with a foreign intelligence service. And for him, it was all about money," said Frank Figliuzzi, assistant director of the FBI Counter-Intelligence Division.

"I enjoy compensation," Martin said on the tape.

At that point, authorities swoop in.

For Martin, the payoff was 34 years in federal prison.

Figliuzzi, the FBI's top spy-catcher, said, "Years ago, we used to be concerned about people carrying briefcases out of their job-place full of documents. Today, we're concerned about people transferring -- in milliseconds -- terabytes of data, downloading (it) onto a thumb drive and walking out with an entire library's worth of corporate proprietary information."

Take the case of Stewart Nozette, a prominent NASA scientist. It involved another FBI sting.

Nozette believed he was meeting with an Israeli agent to sell secrets about U.S. satellites.

To see a discussion of how to spot possible cyber-thieves, click on this video:

"What I've done is I've copied it onto hard discs and put in a safety deposit box," Nozette says in a video made with a hidden camera.

He added, "I gave you, even in this first run, some of the most classified information there is."

And Dr. Nozette was clear and un-bothered about his motive.

It was for the money. "Now I've made a career choice," he laughed.

Said Figliuzzi, "Countries know that it's always easier to steal our research and technology than it is to develop it themselves. ... In some cases, even our allies will spy on us if it's in their economic interest."

And it's not just countries: It's companies, too.

Retired Gen. Michael Hayden is the former director of the CIA and National Security Agency. At The Chertoff Group in Washington, he works with U.S. companies targeted by countries such as China.

He said the biggest growth area, "bar none," is "cyber, cyber security."

What type of company is the most vulnerable to economic espionage?

"Well, it would be a company that's actually got a secret, that actually has something that gives them undeniable competitive advantage," Hayden said. " ... The Chinese go after those kinds of secrets ... and it's very straightforward."

Hayden said it doesn't matter if the target is a company working on a classified military contract or just a company that's developed something that will make a lot of money: Foreign intelligence services will try to steal the secrets.

"There are different motivations. ... One, for kind of the traditional espionage purpose, military edge, the other, for the non-traditional purpose, which is commercial advantage," Hayden said.

Chemical maker Lubrizol had to pay a ransom for its own secret formulas after an employee sold them to a South Korean competitor -- again, secrets stolen by an insider.

But the biggest external threat for companies comes not from the spy, but from the mouse.

"Fundamentally, if somebody wants to get in, they're getting in. Alright, good. Accept that," Hayden said.

Cyber-espionage is one of the fastest growing crimes in the United States. Government and corporate secrets are targeted daily from thousands of miles away.

"What we tell clients is, 'Number one, you're in the fight, whether you thought you were or not,'" said Hayden. "'Number two, you're almost certainly are penetrated. Number three, take heart: There are other lines of defense that you can and should rely on to minimize damage.'"

To see John Miller's report, including the hidden-camera videos, click on the video in the player above.