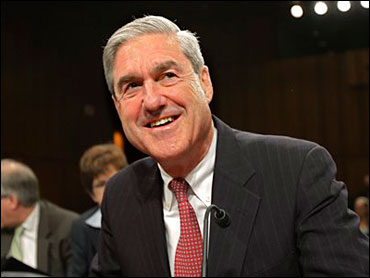 Thousands of financial fraud investigations are putting a strain on the FBI's ability to fight other kinds of crimes, FBI Director Robert Mueller told the U.S. Congress Wednesday.

Testifying before the Senate Judiciary Committee about the current status of his bureau, Mueller said the FBI has seen mortgage fraud cases alone balloon to more than 2,000, in addition to more than 566 open corporate fraud investigations.

"These cases are straining the FBI's resources. Indeed, we have had to shift resources from other criminal programs to address the current financial crisis," the director said in his testimony.

Agents are juggling the demands of financial cases with the need to prevent terrorism, he said, as well as fighting public corruption. Mueller called that the bureau's No. 1 criminal priority.

Currently the FBI is investigating 2,500 pending public corruption cases, an increase of more than 50 percent since 2003, Mueller said.

Since taking charge of the FBI just before the Sept. 11, 2001 terror attacks, Mueller has overseen dramatic changes, including a major expansion of the bureau's counterterrorism efforts and an overhaul of the bureau's computer systems.

The director said that in a reasonably short period of time, the agency has had to expand its global reach to combat terrorism, investigate cyber crime, and fight gang and drug cartel-related violence.