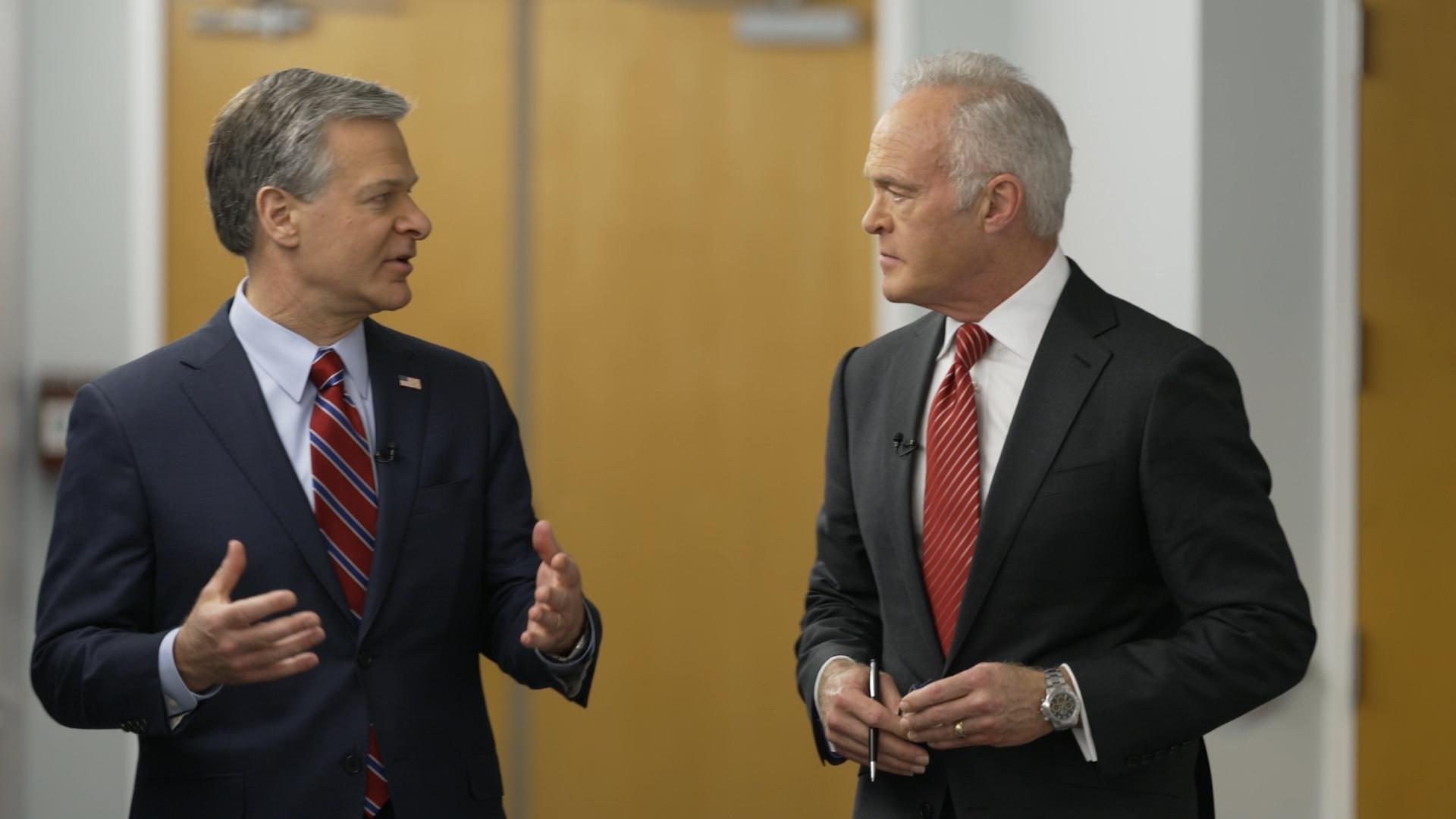 In 2020, there was a 29% jump in murder in the United States, nearly 5,000 more people killed than the year before. FBI Director Christopher Wray pointed to the pandemic, repeat offenders, and more juveniles committing violent crime as some reasons for the increase in an interview with 60 Minutes this week.

"And we're seeing an alarming frequency of some of the worst of the worst getting back out on the streets," Wray told correspondent Scott Pelley. "We are working very hard with our partners, state and local law enforcement partners, through task forces, task forces all over the country. And through surging rapid deployment teams to try to combat violent crime in specific hot spots. Last year I think we arrested something like 15,000 violent gang members around the country. And part of what fuels us to pursue this mission is our deep conviction that law enforcement's most sacred duty is to ensure that people can live free from fear in their own homes and neighborhood's."

"But Mr. Director, some people are in their homes living in fear of the police coming through the door with a no-knock warrant," Pelley responded, "And I wonder how the FBI can contribute to the reduction of police brutality, which also occurs in our country?"

"Well, we take very seriously our responsibility to both protect the American people and uphold the Constitution," Wray said. "And that includes where it happens, going after police misconduct if it violates federal criminal law."

Wray, who has served as FBI Director since 2017, said violence against police officers is increasing too.

"Violence against law enforcement in this country is one of the biggest phenomena that I think doesn't get enough attention," Wray said. "Last year, officers were being killed at a rate of almost one every five days."

"Some of it is tied to the violent crime problem as a whole. But one of the phenomena that we saw in the last year is that an alarming percentage of the 73 law enforcement officers killed in the line of duty last year were killed through things like being ambushed-- or shot while out on patrol," Wray told Pelley. "Wearing the badge shouldn't make you a target."

Pelley also asked Wray about the Bureau's response to the attack on the Capitol. The FBI has been criticized for failing to develop intelligence that might have predicted the assault.

"Over 800 people have now been charged. Agents in field offices all over the United States engaged in it. And we take this incredibly seriously," Wray told Pelley.

"The criticism of the FBI after January 6th was that the plans of these people were on social media and the FBI didn't see that," Pelley said.

"We at the FBI shared information through a variety of intelligence products for a solid year leading up to January 6th that raised the potential for violent extremism," Wray said. "What we did not, to my knowledge, have was intelligence indicating that thousands of people were going to physically storm the U.S. Capitol in the middle of the constitutional process."

"One of the things you learned was that these militia groups can organize and mobilize," Pelley said.

"And that's part of a broader phenomenon that we've seen over the last couple of years, of a variety of anti-government, anti-authority violent extremists," Wray said. "But a lot of the domestic terrorist threat that we face is not from well-organized, structured, traditional groups. In many ways, the hardest, biggest threat, terrorist threat that Americans face here in the homeland, is from what are essentially lone actors or people conspiring with one or two other people and using crude attack methods, a gun, a knife, a car  So, if you think about the expression that a lot of Americans have heard about connecting the dots, for the kind of attack I'm describing, there are not a lotta dots to connect."

40% of generic drugs made by one manufacturer