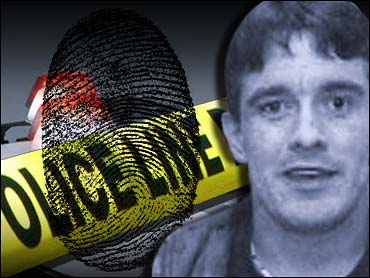 The FBI admitted it made mistakes on fingerprint tests that allowed a man to go free who is now reportedly considered a suspect in as many as 20 killings.

Jeremy Jones was arrested and jailed on minor offenses three times in Georgia's Douglas and Carroll counties in 2003 and 2004 under the name John Paul Chapman.

Local police fingerprinted him and sent the prints to the FBI under the name Chapman, but the FBI did not match the prints to Jones, who was wanted in Oklahoma for sexual assault, The Atlanta Journal-Constitution reported Wednesday. As a result, Jones was released.

The newspaper said Jones is now a suspect in as many as 20 slayings, but did not elaborate.

A grand jury in Alabama returned a capital murder indictment against Jones on Monday. He has been held there since he was charged with raping and murdering Lisa Nichols of Turnerville, Ala., on Sept. 18

The FBI issued a statement Tuesday saying "law enforcement lost an opportunity to prevent further criminal activity by this individual."

Georgia Bureau of Investigation Assistant Deputy Director Terry Gibbons said she was surprised to learn of the mistakes.

"It's very infrequent to have this sort of error with automatic fingerprint identification systems now in use," Gibbons said.

After Jones was arrested in Alabama, Georgia authorities questioned him about two deaths in Douglasville, west of Atlanta, including that of a 16-year-old girl.

Last month, authorities in Forsyth County, northeast of Atlanta, said Jones had given them a statement saying he raped and killed a woman there in April 2004 and dumped her body off a bridge. No body had been found and no charges have been filed.

In northeastern Oklahoma, where Jones lived, officials have said he is a suspect in the slaying of a couple in Welch in 1999 and the disappearance of their daughter, 16, and a second teenager. Last month, authorities said Jones also was a "person of interest" in the March 1997 killing of an Oklahoma couple who were found slain across the state line in Kansas.

He has also been named as a suspect in the death of a New Orleans woman, Katherine Collins, whose body was found in February 2004.