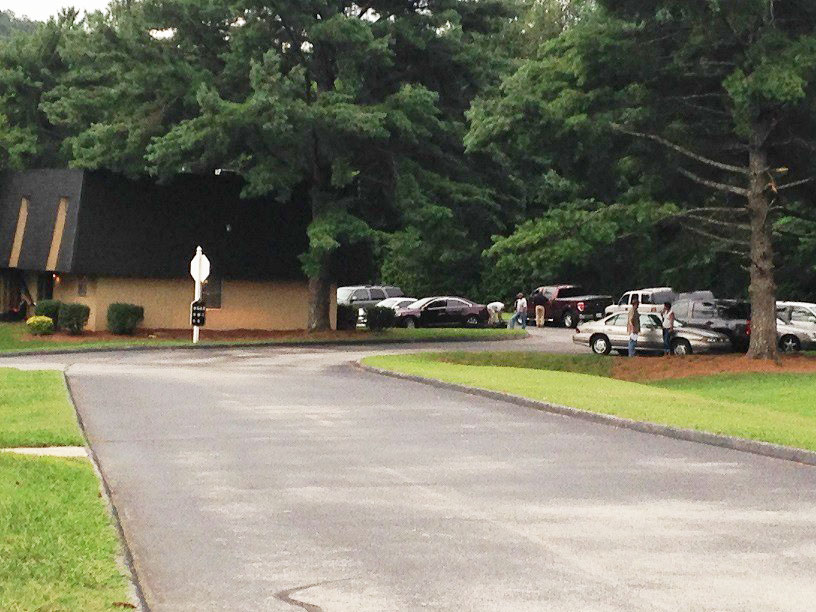 CHATTANOOGA, Tenn. --FBI agents who went to an apartment in an enclave of Chattanooga to investigate an associate of the gunman who killed five people last week, found themselves confronting a teenager with a toy rifle.

A law enforcement source told CBS News the agents went to the Mountain Creek Apartment complex in Red Bank, Tenn., to follow up on a lead on a person linked to Mohammod Youssuf Abdulazeez who lives in the apartment.

Agents had been to the apartment a few times in the past, but had not found the occupant there before.

The agents moved to the back of the building, but they encountered a 15-year-old boy pointing an air soft rifle at some of them, who yelled for him to get down.

It took several orders before he complied, but the agents eventually got control of the situation.

FBI Special Agent Ed Reinhold told CBS News affiliate WDEF the boy was searched and a handgun was discovered on him. But both the handgun and rifle turned out to be air soft guns. Another agent at the scene said the kid was not charged with any crime, but given a warning.

"Our agents demonstrated exceptional restraint in dealing with the young man," said Reinhold. "And I would encourage folks not to come outside, and especially point weapons at law enforcement officers, that's not a good mixture for a happy outcome."

It is unclear what the agents investigating the apartment were looking for, but they wore evidence gloves when they went into the apartment, WDEF reported.

Meanwhile, law enforcement sources confirmed that investigators have found pages of notes believed to have been written by Abdulazeez. In the notes, he wrote about his drug use and how he was influenced by images of death in the Middle East. Family and friends say the 24-year-old was depressed and at times on medication.