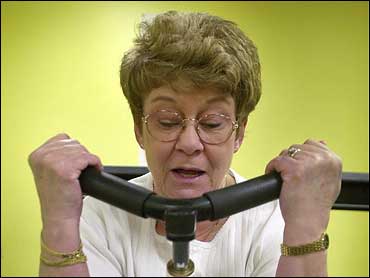 A study done by researchers at Columbia University urges physicians to take complaints of exhaustion among the elderly seriously.

The participants were all 65 years old or older and all living in a "target area" north of 150th Street in Manhattan.

The study members rated features of their physical and mental health.

They also were asked how much they used health care facilities.

"When elderly patients complain they're tired, most doctors say, 'yeah, well, you're old," says Maurer in a prepared statement.

"They tell their patients that feeling listless is an expected part of aging, but there are reasons people are tired and they need to be investigated. For clinicians, the message from our study is that a lack of energy is widespread in the elderly, but it's not normal."

In background information published with the findings, study authors write that a lack of energy makes up what they call a "geriatric syndrome," like memory problems or falling.

A lack of energy may also be associated with heart disease , problems with the kidneys or lungs, depression, arthritis , and anemia.

In a news release, study co-author Barry Gurland, MD, says it's important to explore what happens as we age.

"Unraveling the causes of anergia will expand the scope of geriatric interventions that enable aging persons to preserve their quality of life."

Gurland is director of the Columbia University Stroud Center for the Studies of Quality of Life.

The findings are published in the Journal of Gerontology.