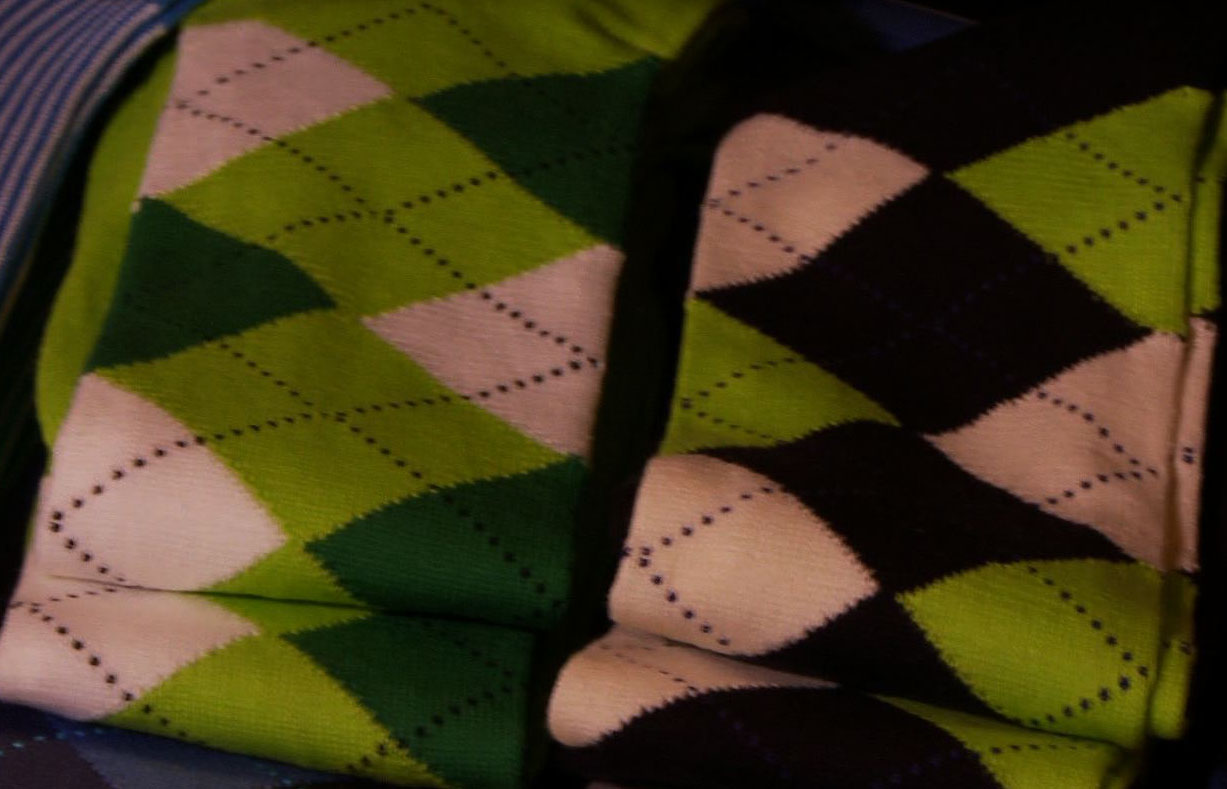 It's an old cliche that when all else fails, what do you get Dad for a Father's Day gift? Socks.

Well guess what? That old article of clothing at the bottom of the drawer is now on top of the fashion world.

Vincent Nasserbakht's entire store is stocked with hundreds of the hottest pairs of men's apparel.

"Within men's fashion there aren't that many ways that you can change what you wear in a day. You're wearing pants, you're wearing a shirt, you might be wearing a jacket," Nasserbakht said.

So four years ago, Nasserbakht opened up The Sock Hop in the Nolita section of New York - just as the trend of fashionable socks started to pick up.

Sales have jumped 14 percent in just one year. High-end dress and athletic socks have combined to create a $2.8 billion industry, according to Bloomberg Businessweek.

But these are not your father's socks.

"Certain people used to know argyle and that was a pattern that they could reference or simple stripes. But now after we've broken down the wall of just navy and black, we can go all sorts of designs, all sorts of colors," Nasserbakht said.

"I wouldn't be the first person to say that socks are the new neckties," said Troy Patterson, who writes the Gentleman Scholar column on Slate.com.

Patterson attributes the rise of the modern sock to a more dressed-down work force.

"It's the one place where sort of guys who generally expected to be soberly dressed are allowed some license to be, to indulge in whimsy," he said.

Socks have come a long way from the Stone Age, when they were made from animal skins.

A pair made of wool are the oldest-known surviving socks dating back to Egypt in the fourth century.

By 1000 AD, socks had become a status symbol. Production increased with the advent of the knitting machine in 1589 and again with nylon in 1938.

Now with a new, hot market, stores from Macy's to Target are stocking their shelves with fashionable socks.

A cashmere pair at J Crew goes for $80 while Barney's "elder statesman" sells for $350. At Harry's of London you can buy 100 percent cervelt socks made from New Zealand red deer for $1,500.

"It's found its niche. Is it due for a market correction? Perhaps," Patterson said.

But nobody is forecasting a sock bubble. It turns out the footwear are versatile.

"You'll see them in the boardroom, you'll see them on the office floor," said Nasserbakht. "There's no boundary you can't go anymore."

Even the Oval Office.

To many, the nation's 41st president, George H.W. Bush, is regarded as the grandfather of the modern sock movement. He presented a pair to the 44th president last July.

For Nasserbakht, the sock business is busy all year round.

And that gives socks a leg up on the competition.

"One respect in which socks are better than ties, with ties there's no sort of like tactile pleasure in it, right? It's just a thing that's around your neck, it doesn't touch your body," said Patterson. "What is more wonderful on a cold winter day than to have some like nice rich merino wool against your feet? It lifts the spirit."