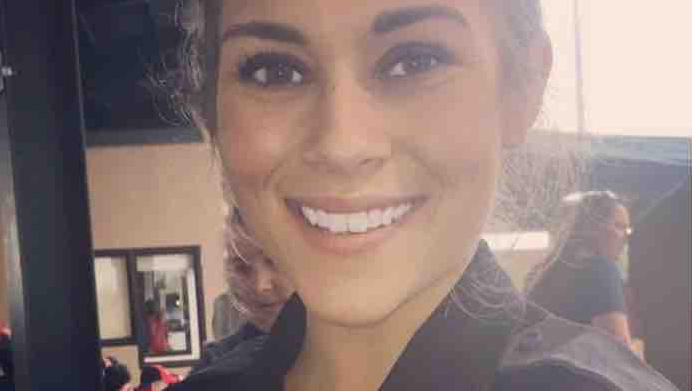 NORMAN, Oklahoma - The father of a 22-year-old Oklahoma woman found shot to death at her Norman home is now behind bars, accused of the murder, reports CBS affiliate KWTV.

"When you listen to the 911 call, the father states that she shot herself," said Norman Police Department's Sarah Jensen.

But Jensen continued, the evidence at the scene didn't match his story. A preliminary investigation led detectives to believe that her death was suspicious, according to the Associated Press.

On Wednesday, July 5, investigators arrested Ronald McMullen on a charge of first-degree murder. Jail records show he is being held without bond.

According to an affidavit for a search warrant filed in Cleveland County on July 6, police officers on the scene took photos of Ronald. Investigators noted he wiped areas with blood "and officers subsequently had to physically restrain him from doing so several times."

"Investigators are working hard to determine the facts in this case and feel glad to have who they believe did it behind bars," Jensen said.

Those close to Kailee described her as a beautiful soul with a passion for helping others. She worked as an EMT.

Other documents related to the case will likely remain sealed until August, according to police.