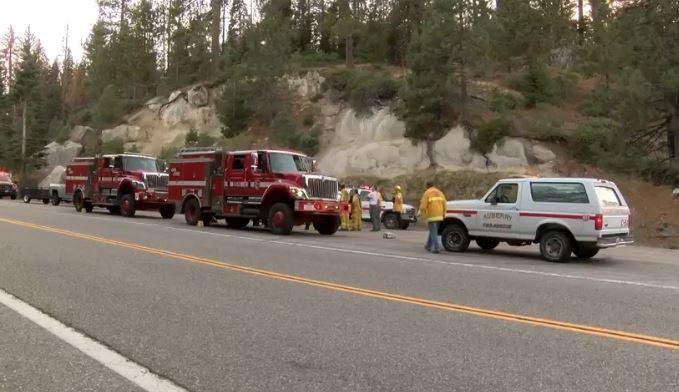 SHAVER LAKE, Calif. - Authorities say a father and his teenage son died during an apparent hiking accident near Shaver Lake in Central California.

The Fresno County Sheriff’s Office says a search and rescue team is trying to recover the bodies Sunday, a day after the two fell off an embankment near Shaver Lake.

Officials say a caller reported seeing the two fall off Saturday afternoon while walking along a hiking trail in an area known as Shaver Rock, on the northeast side of the lake.

Sgt. James Minenna told CBS Fresno affiliate KGPE that “it’s a dangerous area to be in, especially if you’re not experienced. And with ease of access like it is, people can get themselves in trouble really quickly.”

Deputies and firefighters responded to the area, along with a sheriff’s helicopter, but the pair had fallen into a deep canyon and rescue crews were unable to reach the bodies.

KGPE reports the helicopter that responded had a brief issue and made a hard landing on a nearby boat ramp. Neither the pilot nor the vehicle were hurt in the incident.

The department didn’t release their names or city of residence. It says the investigation is ongoing.