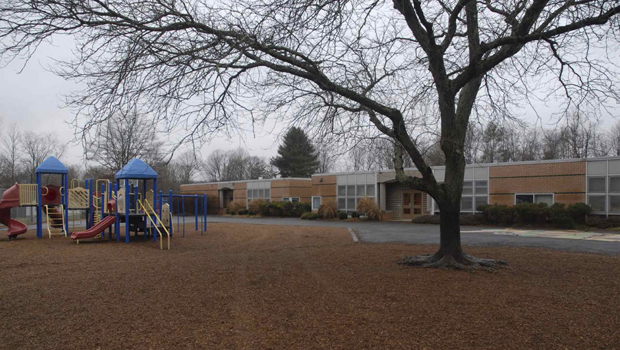 HARTFORD, Conn.  - The father of the 20-year-old gunman who committed the Newtown school shooting said Friday he is willing to help provide his late son's medical records to the state commission reviewing the massacre and attempting to make recommendation on changes to mental health policy.

Errol Cockfield, a spokesman for Peter Lanza, said in a statement that Lanza had already informed law enforcement that he would "approve the release of any medical records he has the authority to release" and that he has informed the chairman of the Sandy Hook Advisory Commission that "he is willing to meet with him towards reaching that goal."

The commission was created by Gov. Dannel P. Malloy to review the Dec. 14, 2012, shooting, which left 20 first-graders and six educators dead.

Some mental health experts who sit on the commission have said they want to see Adam Lanza's records, including any behavioral assessments conducted at schools Lanza attended, to determine if there were any gaps in treatment and to gain insight into the shooter and the state of his mental health. They've expressed disappointment in the lack of original documents released by the prosecutor and state police from their investigation.

"The mental health professionals on the panel have identified specific documents, including PPTs (Planning and Placement Team reports), that would be extremely helpful for them in dissecting what happened over the last seven or so years of Adam Lanza's life. And without that, they can't effectively identify the gaps that may exist," said Hamden Mayor Scott Jackson, chairman of the commission. "So, what we're asking for is for help in telling the whole story of Adam Lanza."

Cockfield said Peter Lanza is also encouraging Jackson to "invite any healthcare or service providers that worked with Adam to assist with the commission's efforts to find answers."

Before Cockfield's statement, Jackson said he hoped to learn more in the coming days about when or if the panel can obtain the documents. He hopes the commission can present recommendations on mental health, school security and public safety around the end of March.

Dr. Harold Schwartz, a commission member and psychiatrist-in-chief at Hartford Hospital's Institute for Living, has expressed concern about the lack of original documents and records concerning Adam Lanza's mental state released by the prosecutor and state police who investigated the mass shooting. He said he still hopes Peter Lanza will meet with commission members with mental health expertise and personally discuss his son's issues and treatment, but Jackson said "that's not really my request now."

Mental health experts on the commission have said they'd like to know about any gaps in treatment Adam Lanza might have had in order to recommend how Connecticut and other states can better help families who may be struggling to find appropriate mental health care for their children.

One document included in the approximately 7,000 pages recently released by the state police showed that Dr. Robert A. King, a professor at the Yale School of Medicine Child Study Center, told investigators that he had diagnosed Lanza with "profound Autism Spectrum Disorder, with rigidity, isolation and lack of comprehension of ordinary social interaction and communications," while also displaying symptoms of obsessive-compulsive disorder. Lanza's father has said his son had Asperger's syndrome, a form of autism not associated with violence.

"If the father will actually talk with us, either in a hearing of this kind of a subset of our group in another setting, it would help to lend detail that we don't have about Adam Lanza's life and about his medical condition and the treatments he may or may not have ever received, the efforts of the family to get help, etc.," Schwartz said.

Cockfield's statement did not mention whether Peter Lanza would meet with the commission members.

Also Friday, members of a subcommittee studying school safety measures said they were in the process of putting together their recommendations for the commission's full report. Robert Dubicella, a security consultant, said one recommendation will likely be enhanced "forced-entry resistance" at the schools to buy time for law enforcement to arrive at the scene and stop a shooter. One part of that enhancement could be laminated glass, which Dubicella said is currently used in beach communities.

"If you put it in houses now for hurricane design, why can't you use an upgraded version of that in our schools to protect our kids?" he asked.