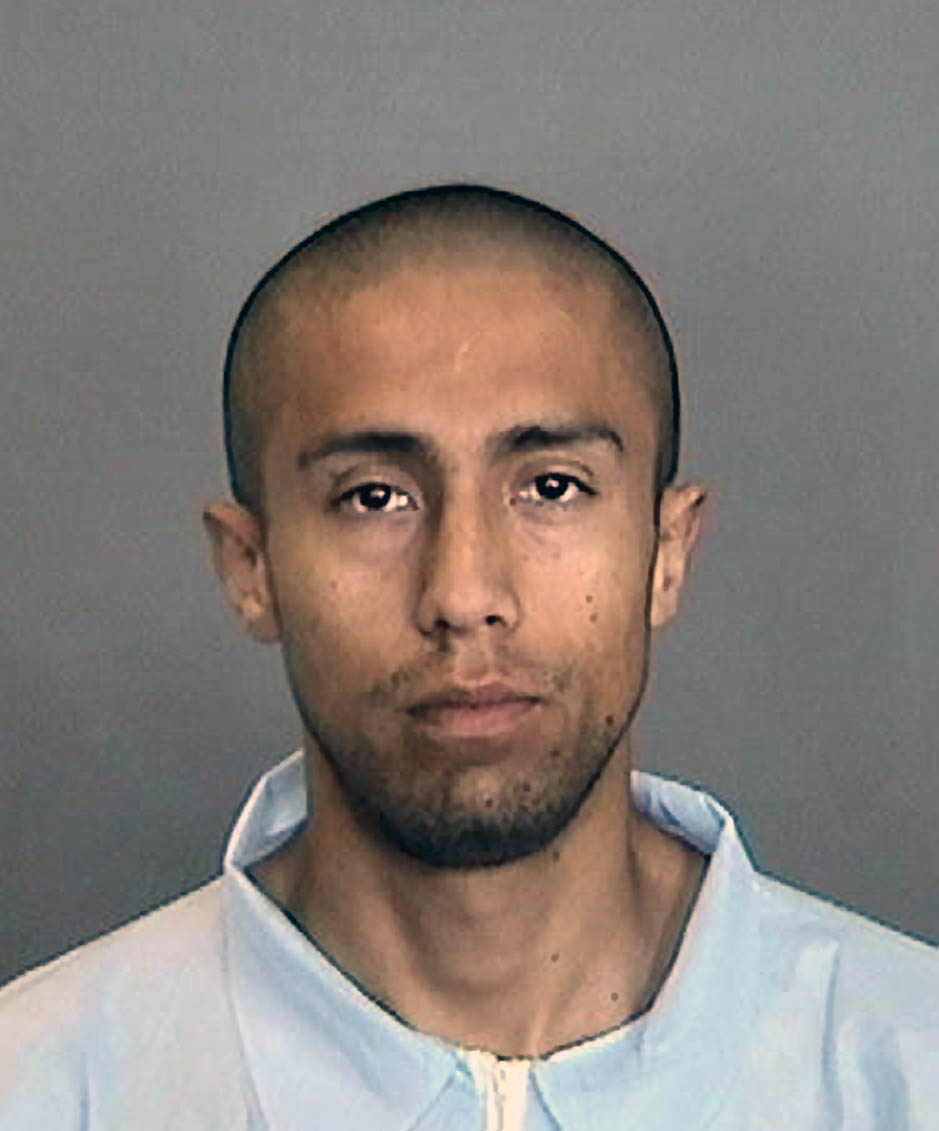 YORBA LINDA, Calif. (AP) - Just days before being arrested, a Marine veteran suspected in the deaths of four homeless men in Southern California visited his father, who is himself homeless, warning of the danger of being on the streets and showing him a picture of one of the victims.

"He was very worried about me," Refugio Ocampo, 49, told The Associated Press on Sunday. "I told him, `Don't worry. I'm a survivor. Nothing will happen to me."'

The father also said his son came back a changed man after serving in Iraq, expressing disillusionment and becoming ever darker as his family life frayed and he struggled to find his way as a civilian.

The father said he lost his job and home, and ended up living under a bridge before finding shelter in the cab of a broken-down big-rig he is helping repair.

His 23-year-old son, Itzcoatl Ocampo, is awaiting charges in connection with the serial killings of four homeless men since late December.

He was arrested Jan. 13 after a locally known homeless man, John Berry, 64, was stabbed to death outside a Carl's Jr. restaurant in Anaheim. Bystanders gave chase, and police made the arrest.

Refugio Ocampo said that on Jan. 11 his son came to him with a picture of the first victim, 53-year-old James Patrick McGillivray, who was killed on Dec. 20.

"'This is what's happening,"' the father quoted his son as saying.

Itzcoatl Ocampo had been living with his mother, uncle, and younger brother and sister in a rented house on a horse ranch surrounded by the sprawling suburbs of Yorba Linda. At the humble home, his mother, who speaks little English, tearfully brought her son's Marine Corps dress uniform out of a closet and showed unit photos, citations and medals from his military service.

The son followed a friend into the Marine Corps right out of high school in 2006 instead of going to college as his father had hoped. Itzcoatl Ocampo was discharged in 2010 and returned home to find his family in disarray, the father said.

"Once he received the news he was never the same," said the suspect's younger brother, 17-year-old Mixcoatl Ocampo. He said his brother visited Patino's grave twice a week.

Refugio and Mixcoatl both described a physical condition Itzcoatl suffered in which his hands shook and he suffered headaches. Medical treatments helped until he started drinking heavily, both said.

"He started drinking like crazy, too much, way too much," the father said.

A neighbor who is a Vietnam veteran and the father both tried to push Itzcoatl to get treatment at a Veterans hospital, but he refused. Refugio Ocampo said he wanted his son to get psychological treatment as well.

"He started talking about stuff that didn't make any sense, that the end of the world was going to happen," he said.

While Refugio Ocampo lives away from his family, they remain close. He saw his children every day, and his wife brings food to the parking lot where the truck is located in the city of Fullerton. He and his two sons went to get haircuts together just a day before the arrest, the father said.

Refugio Ocampo, who said he was educated as a lawyer in Mexico, immigrated with his wife and Itzcoatl in 1988 and became a U.S. citizen. He described building a successful life in which he became a warehouse manager and bought a home in Yorba Linda. In the past few years he lost his job, ran out of savings, lost his house and separated from his wife.

Standing near the truck where he sleeps, the father fought back tears as he described the changes he saw in his son in the year since returning home.

"Before, he had the initiative to do things, the desire. But after the military, he didn't have any of that," he said.

That was far from the son who in high school was a polite and motivated student, he said.

A school friend, Brian Doyle, portrayed Itzcoatl Ocampo as a fun-loving teen who liked to hit on girls when he joined the military. After he was discharged and returned home he became isolated and trusted no one, Doyle, 23, said in an interview with The Associated Press.

Doyle had difficulty describing the change he saw in his friend from high school.

"He went from being a tall, geeky kid, really fun-loving..."he said, trailing off.

Doyle said he once offered his friend a self-help book based on Eastern philosophy that he had found useful but Itzcoatl Ocampo rejected it.

Doyle said he tried to find out what was going on with his friend but didn't press it, never imagining something like the serial killings.

"Everyone's got their issues, you know," he said.

Refugio Ocampo said investigators came to him on Friday night and showed him surveillance photos from a crime scene, but he did not recognize his son as the person in the images.

"If he did it, it wasn't right, obviously. But there's something wrong with him," he said.

In addition to Berry and McGillivray, Lloyd Middaugh, 42, was killed near a riverbed trail in Anaheim on Dec. 28; and Paulus Smit, 57, was found dead outside a Yorba Linda library on Dec. 30.

Anaheim Police Chief John Welter has said investigators are confident they have the man responsible for the string of murders that struck fear into Orange County's homeless since Dec. 20.

Prosecutors have yet to file charges.