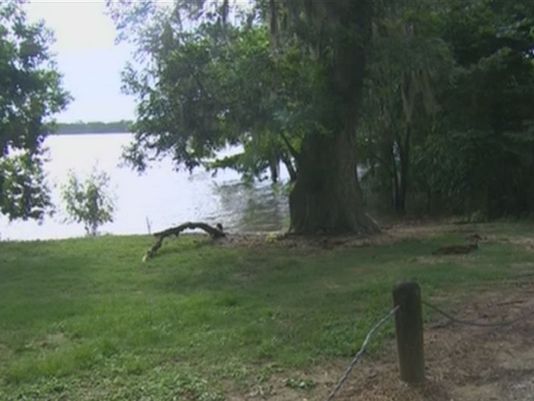 WALLISVILLE, Texas -- A man and his teenage son on a fishing outing survived an alligator attack at Cedar Hill Park outside Houston.

According to the Chambers County Sheriff's Office, 42-year-old James Hurley and 13-year-old Kaleb Hurley were in Cedar Hill Park Sunday when an alligator bit the teenager on the arm and took him underwater while he was swimming near the bank of Lake Charlotte.

"When we figured out what was going on, the alligator jerked Kaleb away from him," Ford said. "His dad and I got a hold of Kaleb and got him away from the alligator."

Authorities say the father was bitten by the same alligator on the leg and that James kicked the alligator it until released him.

Authorities said the father and son were transported to Memorial Hermann Hospital and were in serious but stable condition.

"He did something I would do as a father myself. My hats off to him," paramedic Ovielo Ocanas told KHOU. "He went and defended his son."

Chambers County Sheriff Brian Hawthorne said it is currently the nesting period for alligators, which have been displaced by the recent flooding.