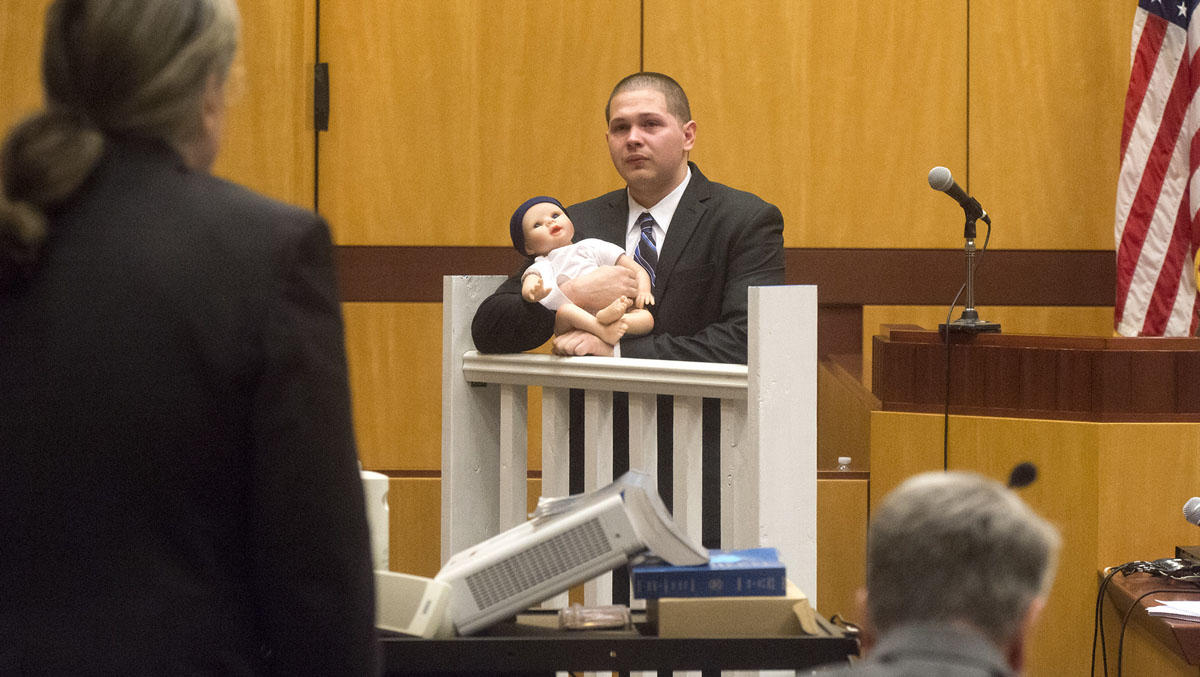 MIDDLETOWN, Conn. -- A Connecticut man accused of throwing his son off a bridge before jumping himself has been convicted of murder.

Police say Moreno threw Aaden off the 90-foot-high Arrigoni Bridge that spans the Connecticut River between Middletown and Portland. Moreno then jumped himself but survived after spending several days in the hospital. The baby’s body was found 14 miles downstream two days later.

The Middletown man testified in his own defense, saying he dropped the child and did not intend to harm him.

Prosecutors say Moreno had a strained relationship with the boy’s mother.

Moreno faces up to 70 years in prison at sentencing.