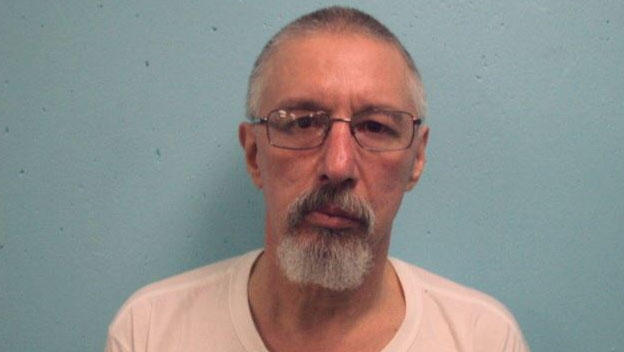 FARMINGTON, Maine -- The father of a 4-month-old boy whose death was classified nearly 38 years ago as sudden infant death syndrome was arrested Friday after detectives concluded it was homicide.

Burton “Ben” Hagar, 62, of Farmington, was charged with murder after being indicted this week, said Stephen McCausland, spokesman for the Maine Department of Public Safety.

Hagar is accused of killing his son, Nathan, who was found unresponsive in the family’s Brunswick apartment and died at a hospital on May 9, 1979. Police say Hagar was home that day with his infant son and wife, when his wife went to visit a friend, reports CBS affiliate WGME.

Police say the infant was healthy and alert when the mother left. When she returned, she and her husband went into the boy’s bedroom and found him unresponsive. He later died at a hospital.

Ben Hagar was 24 at the time of the boy’s death.

State police quietly reopened the case in 1991, and the investigation was augmented by the state police cold case unit, which became fully staffed as of last year.

“This is the first arrest as a result of the work of the unsolved-homicide unit. And there will be others as the work continues,” McCausland said.

The body was not exhumed, and authorities aren’t saying how they believe the infant died.

Hagar will make his first court appearance this week in Portland. It’s unclear whether he has a lawyer, and a telephone listing for him couldn’t be found.

A woman who answered a phone number once assigned to Hagar’s deceased father said only, “God’s in control.”

The child’s mother, who divorced Hagar years ago, was informed of Hagar’s arrest Friday, McCausland said. Detectives declined to identify her.

The state police chief, Col. Robert Williams, praised the new investigative unit that contributed to the investigation. Maine has more than 100 unsolved homicides, he said, “and the new unit is reviewing each case.”

The Hagar case represents the oldest cold case to be resolved by state police. Before Friday, the oldest resolved case concluded in 2012 with an Augusta man’s arrest for a death that took place 36 years earlier.