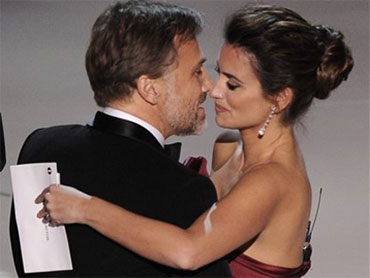 Best known as a panelist for 15 years on "The McLaughlin Group," columnist Jack Germond doesn't pull punches regarding any politician. In his latest book, "Fat Man, Fed Up," he writes about the trivial quality of presidential politics.

Germond spent 40 years covering politics for various publications, notably as a columnist for The Baltimore Sun, from which he retired in 2001. And looking back, he notes that gradual increases in the roles money and news bites on network television have contributed to a decline in the way campaigns are conducted.

He writes, "Despite the reforms on campaign financing enacted after Watergate in 1974 and the limits on unregulated 'soft money'... it is still worthwhile for those with large amounts of money to buy into the process...

" ...Money matters, however, only to the degree that voters are gullible and allow themselves to be swayed by the television commercials, targeted mailings, and door-to-door canvasses it finances..."

"Television doesn't like politics very well, if you can infer that from the way they cover it," Germond tells The Early Show co-anchor Harry Smith since the convention coverage only gets three hours of prime time.

And yet today's conventions are like corporate meetings, as former NYC Mayor Rudy Guiliani described them.

"Nothing happens at all," Germond agrees but notes, all the same, network television should cover them. "They have the right to meet just like doctors and sand and gravel manufacturers or anybody else."

By watching the convention, citizens can infer from the main speeches what the candidates' important issues are, he says. "And what issues they think the polling tells them are important for practical reasons. You can draw conclusions from that from watching conventions and that's about all."

Not a fan of the Republicans, Germond says predicts Kerry will win in November unless "there is a terrorism incident in October - something that brings people rushing around the president, which is the normal reaction. Because I am so surprised. I'm so impressed, one, of the enmity among Democrats toward Bush, which is high, higher than it was even against Nixon. Secondly, with the number of Republicans I encounter who are walking away from the president."

He explains they tend to be moderate Republicans who think the war was a mistake and don't like the president's style.

Asked if he thinks Americans are getting the candidates we deserve, he says, "No, generally speaking, I am waiting to see about Kerry. But I think we got a whole series of bad candidates and I think it's because we don't pay enough attention and we let these people get nominated and elected. I can't believe the campaign last time. That's why I decided to quit writing a column and start writing books. George Bush or Al Gore - what a choice!"

Germond is also the author of "Fat Man in a Middle Seat."