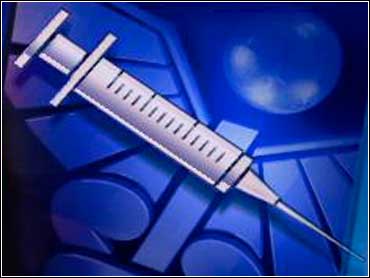 The reason: Fat may prevent standard needles from reaching muscles in the buttocks, especially in obese women. That could mean that patients aren't getting the intended dose of medicine.

Victoria Chan, MBBCh, and colleagues reported their finding in Chicago at the Radiological Society of North America's annual meeting.

Chan's study included 50 adults who were scheduled to get abdominal and pelvic CT scans. The patients were also getting injections to their behinds. Equal numbers of men and women took part.

Here's how those shots are supposed to work: The medicine gets injected into the buttock muscles, then filters into nearby blood vessels.

Such shots are used for a variety of medicines, including vaccines, painkillers, contraceptives, and antinausea drugs.

The patients in Chan's study agreed to get an extra bit of air shot into their behinds just before their CT scan. The shot contained an air bubble in addition to their injectable medicine. The CT scan showed whether the air bubble made it to the buttock muscles.

The air bubble reached the buttock muscles in less than a third of the patients (32%), Chan reports.

Men had more success with the shots than women. Shots succeeded in more than half of the men (56%) compared with 8% of women, who usually have more fat in their buttocks than men.

"Our study has demonstrated that a majority of people, especially women, are not getting the proper dosage from injections to the buttocks," says Chan in a news release.

"There is no question that obesity is the underlying cause," Chan continues. "We have identified a new problem related, in part, to the increasing amount of fat in patients' buttocks."

Fat sits atop muscle in the buttocks. It's not as rich in blood vessels as muscle. So injecting medicine into fat doesn't do much good.

In fact, drugs from a botched buttock injection could linger in fatty tissue and cause infection and inflammation in the area, states the news release.

Chan suggests a simple fix: Longer needles for obese patients. "The more fat tissue there is in the buttock, the less likely the needle will reach the muscles underneath the fat," Chan says.