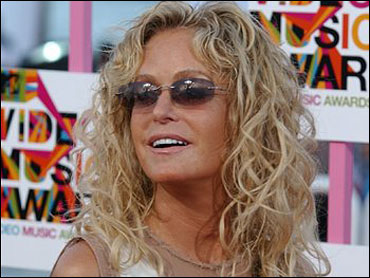 A producer being sued by Farrah Fawcett's estate has fired back in a court filing by claiming the late actress' money is being mishandled.

The trustee of Fawcett's estate has withheld money from some of the actress' beneficiaries, including her father, according to a filing by producer Craig Nevius. The document filed last week in Santa Monica is in response to a lawsuit filed by a Fawcett's estate against him in January.

Nevius, a one-time Fawcett confidante, also claims the lawsuit against him filed by trustee Richard B. Francis is a misuse of the actress' money.

Nevius sued O'Neal, Stewart and Francis over the documentary last year, claiming it didn't adhere to Fawcett's wishes and improperly cut him out of the process. His recent filing repeats an allegation that O'Neal threatened him in a phone conversation.

The filing claims Stewart misused her relationship with Fawcett to sell a book.

"I've read Mr. Nevius' response to our complaint, which I think contains spurious and outrageous allegations," said Howard Weitzman, who represents Fawcett's estate and O'Neal, Stewart and Francis. "I'm confident the truth will all come out during the course of the litigation."

Attorneys for Fawcett's estate claimed in their lawsuit that Nevius botched a first edit of the documentary and "embezzled hundreds of thousands of dollars" from the actress' company. Nevius first teamed up with the former "Charlie's Angels" star on a reality television series called "Chasing Farrah" and later teamed up in a business that produced the documentary.

Nevius is not seeking any money from Fawcett's estate, his court filing states. The filing states any business decisions Nevius made were done in good faith.