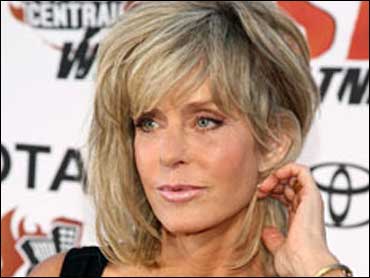 In February, doctors told the former "Charlie's Angel" star that she had a clean bill of health.

Fawcett's publicist, Mike Pingel, said in an e-mail to The ShowBuzz on Thursday that he would release a statement in the next day or two.

Dr. Gary Gitnick, Fawcett's lead physician at the University of California at Los Angeles, said in February the actress "has had a full and complete response to treatment."

"Her prognosis is excellent," he said at the time.

Fawcett said she was "deeply grateful" to her doctors and her family and friends "who have sustained me as I battled this terrible disease."

"This is an extraordinarily happy day for me and my family," she said in a statement. "I hope that my news might offer some level of inspiration to others who unfortunately must continue to fight the disease."