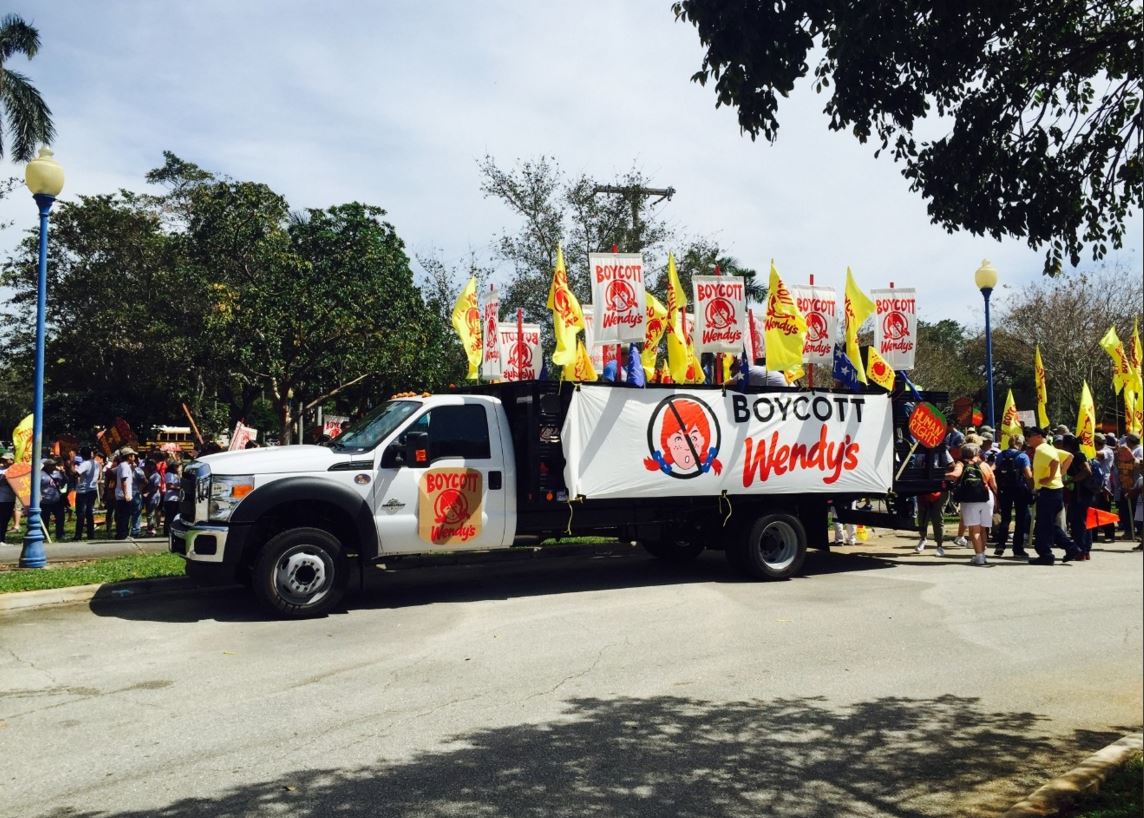 PALM BEACH, Fla. - Hundreds of protesters, many farmworkers, led by Ethel Kennedy, demonstrated near the home of Wendy's fast food chain's chairman in hopes of convincing the company to pay a penny-per-pound fee for its tomatoes to supplement some farmworkers' wages.

The Palm Beach Post reports the Immokalee Coalition of Farmworker' march near billionaire Nelson Peltz's home was peaceful Saturday. A federal judge had ruled the coalition could use loudspeakers but said marchers must remain on the sidewalk. Kennedy, the 87-year-old widow of Sen. Robert F. Kennedy, led the charge onto the barrier island where protesters held signs to boycott the chain and some acted out a skit.

Tomato harvesters make an average of about $10,000 during the six-month season, earning 50 cents for every 32-pound basket they fill. The coalition says the program can add $20 to $150 to their weekly checks.

The coalition has used demonstrations and sometimes consumer boycotts to pressure the five largest fast-food companies - Wendy's, McDonald's, Burger King, Subway and Taco Bell - into joining its "fair food program." All but Wendy's eventually joined. The company has said the farmworkers are not Wendy's employees and it doesn't feel it is appropriate to pay another company's workers.

The march in Palm Beach was the final act in a 10-day tour for the boycott, where workers visited the CEO Peltz NYC office, Wendy's headquarters in Ohio, and universities held active student boycotts in Kentucky and Florida, reports CBS affiliate WPEC in West Palm.

Participating companies pay the extra penny-per-pound to their tomato growers to supplement field worker wages in Florida and six other states: Georgia, the Carolinas, Maryland, Virginia and New Jersey.

Immokalee is a southwest Florida farming town about 100 miles from Palm Beach where the coalition is based.

Peltz, a 73-year-old investor, has a net worth of $1.35 billion and is the 423rd richest American, according to Forbes Magazine. One of his companies, Triarc, bought Wendy's in 2008 for $2.3 billion and he became chairman.