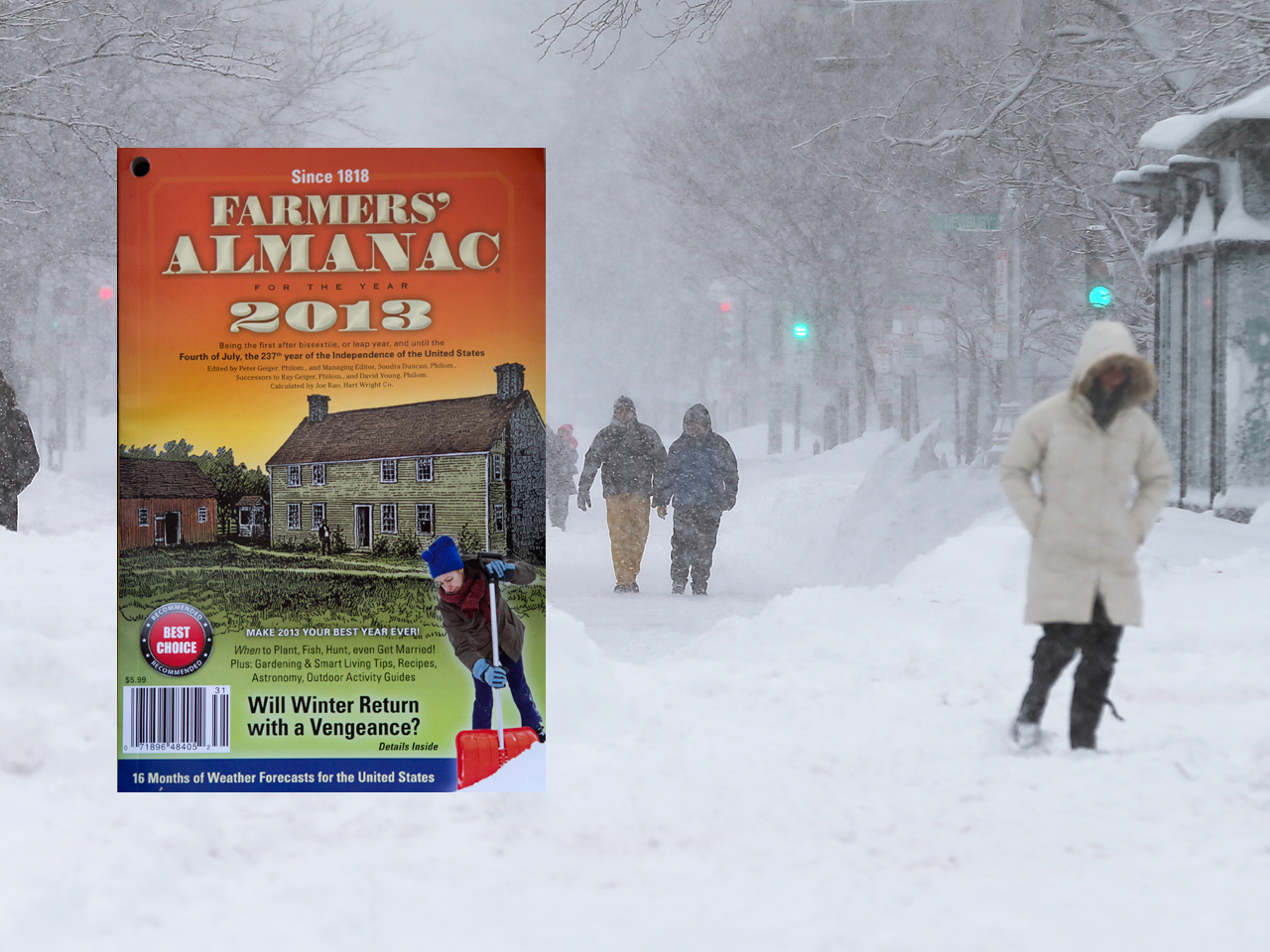 LEWISTON, MaineThe Farmers' Almanac is using words like "piercing cold," "bitterly cold" and "biting cold" to describe the upcoming winter. And if its predictions are right, the first outdoor Super Bowl in years will be a messy "Storm Bowl."

The 197-year-old publication that hits newsstands Monday predicts a winter storm will hit the Northeast around the time the Super Bowl is played at MetLife Stadium in the Meadowlands in New Jersey. It also predicts a colder-than-normal winter for two-thirds of the country and heavy snowfall in the Midwest, Great Lakes and New England.

"We're using a very strong four-letter word to describe this winter, which is C-O-L-D. It's going to be very cold," said Sandi Duncan, managing editor.

Based on planetary positions, sunspots and lunar cycles, the almanac's secret formula is largely unchanged since founder David Young published the first almanac in 1818.

Modern scientists don't put much stock in sunspots or tidal action, but the almanac says its forecasts used by readers to plan weddings and plant gardens are correct about 80 percent of the time.

Last year, the forecast called for cold weather for the eastern and central U.S. with milder temperatures west of the Great Lakes. It started just the opposite but ended up that way.

Caleb Weatherbee, the publication's elusive prognosticator, said he was off by only a couple of days on two of the season's biggest storms: a February blizzard that paralyzed the Northeast with 3 feet of snow in some places and a sloppy storm the day before spring's arrival that buried parts of New England.

Readers who put stock in the almanac's forecasts may do well to stock up on long johns, especially if they're lucky enough to get tickets to the Super Bowl on Feb. 2. The first Super Bowl held outdoors in a cold-weather environment could be both super cold and super messy, with a big storm due Feb. 1 to 3, the almanac says.

Said Duncan: "It really looks like the Super Bowl may be the Storm Bowl."

The Maine-based Farmers' Almanac, not to be confused with the New Hampshire-based Old Farmer's Almanac, which will be published next month, features a mix of corny jokes, gardening tips, nostalgia and home remedies, like feeding carrots to dogs to help with bad breath and using mashed bananas to soothe dry, cracked skin in the winter.

Also in this year's edition, editor Peter Geiger is leading a campaign to get people to ditch the penny, like Canada is doing.

Past campaigns have focused on moving Thanksgiving to harvest time in October, reconsidering "The Star-Spangled Banner" as the national anthem and changing the color of money. This time, Geiger thinks he has a winner.

He wants people to donate pennies to charity and then lobby Congress to stop making them.

"They don't get used very much. They get tossed. The only real use of a penny is if you save tens of thousands of them, then you can use them to help someone," he said.