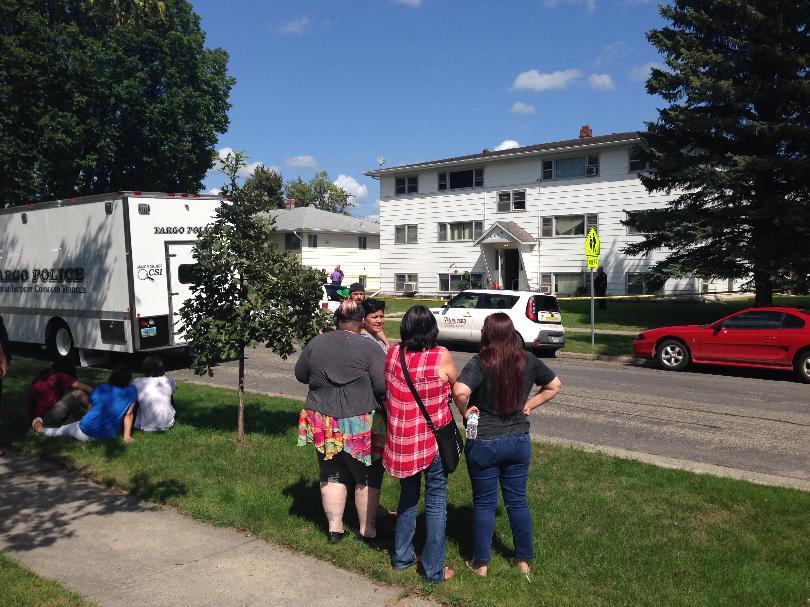 FARGO, N.D. -- A newborn infant was found in a Fargo, North Dakota, apartment building where a missing pregnant woman was last seen.

Chief Dave Todd says police don't know yet whether the infant is the child of 22-year-old Savanna Greywind, who was last seen at her apartment Saturday afternoon.

In a videotaped statement, Todd gave no details about the two people being questioned, and said police had no new information about Greywind's whereabouts.

Todd didn't say where the infant was found, only that the child was discovered as officers carried out a search warrant in "the suspect residence." Cass County Court officials said Thursday there were "search warrants in the queue" but nothing had been filed as of the close of court Thursday.

Tarita Silk, a sister-in-law of Greywind's mother, said police informed the family that a "2-day-old healthy baby girl" was taken from the apartment where Greywind lived with her parents, according to KFGO radio. An earlier police search of the apartment came up empty, the station reported.

According to KXJB, Greywind's family and friends combed through a Minnesota state park  Thursday night after receiving an anonymous tip.

Troopers with Clay County Sheriff's Office arrived at the park stating that they were not there to search for Greywind, but only to make sure that everyone that was out searching was safe and left the park area once it became dark.

The Greywind family is offering a $7,000 reward for information that leads to solving the case.

Todd said his department is receiving help from outside agencies and that officers have used aircraft, watercraft and police dogs in trying to find her. Searches in the Fargo and Grand Forks areas have not been successful so far.

Silk said some family members were searching an area in Minnesota 30 miles east of Fargo after receiving a tip.

"We just want Savanna to come home. We're prepared for the worst," Silk said. "The biggest thing now is for anybody who has any information ... to come forward." Fargo police said in a statement released on Facebook Thursday that investigators have spoken to Grewywind's family, boyfriend, neighbors, employer, and "anyone the family has mentioned as a friend." The department said they attempted to ping her cellphone and have conducted two K9 searches, but haven't turned up anything.