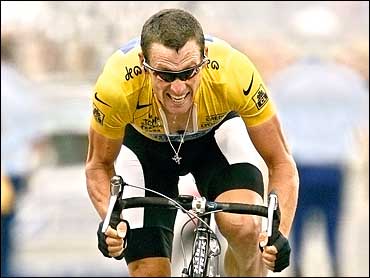 Lance Armstrong said Monday he will retire from professional cycling after this summer's Tour de France.

Armstrong, 33, will attempt to win his record seventh straight Tour de France in July. Before Armstrong, no racer had won more than four straight or five overall, and his streak of six straight titles has made him a legend in the sport and an international celebrity.

"I have decided the Tour De France will be my last race as a professional cyclist," he said.

Armstrong confirmed retirement plans that had become the focus of growing speculation as he spoke in recent months that he wants to spend more time with his three children and in his campaign against cancer.

Monday's announcement came on the eve of Armstrong's defense of his Tour de Georgia championship. The six-day, 648-mile event he uses as a training tool for the Tour de France begins Tuesday in Augusta.

His new two-year contract to race for the Discovery Channel team requires he race just one more Tour de France.

"I hope to win one more Tour de France," he said.

Armstrong, who overcame testicular cancer, was attracted to the Tour de Georgia's support for the Georgia Cancer Coalition, the official beneficiary of the race.

He has said previously if he retires he would amplify his high-profile role as a cancer survivor.

Armstrong says he is "100 percent committed" to his decision to retire and that he will not be participating in any other races after July 24 — the scheduled end of the Tour de France.

"Sheryl, you've been an amazing woman. For someone who is the queen of rock n' roll, you've been a great cycling fan ... a great teammate," he said during the news conference.