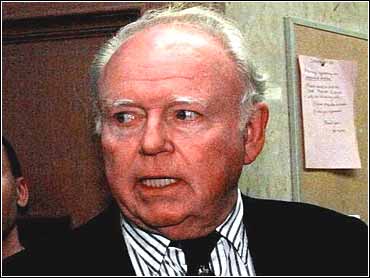 Actor Carroll O'Connor, whose portrayal of Archie Bunker turned the angry white male into a cultural icon, died of a heart attack Thursday, his agent said.

As the irascible bigot Bunker on "All in the Family,'' O'Connor helped make the groundbreaking TV comedy part of the 1970s American dialogue on race and politics. He was 76.

O'Connor won an Emmy award in 1989 for TV series "In the Heat of the Night," in which he played a small-town police chief.

O'Connor died from a heart attack Thursday at Brotman Medical Center, his publicist Frank Tobin said. He collapsed at his home and was rushed to the hospital, where he died with his wife of nearly 50 years, Nancy, by his side.

Born August 2, 1924, O'Connor and his two brothers were raised by their father, an attorney, and schoolteacher mother in New York City neighborhood of Forest Hills, a more prosperous section of Queens than Archie would ever know. O'Connor grew up in a life of financial comfort and social tolerance.

O'Connor served as a merchant seaman in World War II, enrolling at the University of Montana on his return. Although both his siblings became physicians, O'Connor studied literature and discovered acting.

He met his future wife, Nancy Fields, while appearing in a play.

Captivated by Ireland during a visit in 1950, O'Connor finished his undergraduate studies at the National University of Ireland. Fields joined him and they were married in Dublin in 1951.

O'Connor appeared on stage throughout Ireland and in London, Paris and Edinburgh. Making it in New York proved to be a struggle. He worked as a substitute teacher, earned his master's degree at Montana and, in the late 1950s, finally began getting roles in theater and films.

On Jan. 12, 1971, Archie began spouting off against minorities, liberals and his long-haired son-in-law (whom he called "Meathead") and kept at it for 13 years. O'Connor didn't flinch at playing an unlikeable character and deftly brought Archie's intolerance to feisty comic life.

The actor also managed to give Archie a vulnerability that allowed him to be seen as a beleaguered soul, bound by his unthinking prejudices and buffeted by the changes sweeping Vietnam War-era America.

Further softening the character was his love for wife Edith (Jean Stapleton), lovingly known as "Dingbat," and their daughter, Gloria (Sally Struthers), and his grudging affection for Meathead Mike (Rob Reiner).

"All in the Family," adapted from the British series "Till Death Do Us Part," shattered the sitcom mold that had produced decades of superficial and bland series featuring, invariably, a wise and kindly paternal figure.

The sitcom got off to a rocky start. Many found it unsettling and offensive, and tuned it out. Harvard psychiatrist Alvin Poussaint, who later worked with Bill Cosby on his popular sitcom called "All in the Family's" bigotry "dangerous because it's disarming."

Eventually, however, viewers came to embrace Archie and the series as a comedy and a source of debate. It ranked No. 1 for five years, was top-rated for much of its 1971-92 run and gave birth to two spin-offs, "Maude" and "The Jeffersons."

The actor put his controversial character in perspective.

"I have a great deal of sympathy for him," O'Connor said of Archie in a 1986 Playboy magazine interview. "As James Baldwin wrote, the white man here is trapped by his own history, a history that he himself cannot comprehend, and therefore what can I do but love him?"

He followed "Archie's Place" with a return to the New York theater, then came back to TV series in 1988 with "In the Heat of the Night," a police drama based on the Rod Steiger-Sidney Poitier film. O'Connor played Bill Gillespie, police chief of a small Mississippi town; Howard Rollins co-starred as detective Virgil Tibbs.

O'Connor continued with the series through health problems — including coronary artery bypass surgery in 1989 — and a network change, from NBC to CBS.

The O'Connors encountered family tragedy when their adopted son Hugh shot himself in 1995.

O'Connor turned his grief over the death of the 32-year-old into an anti-drug crusade and a quest for legal vengeance against his son's drug supplier.