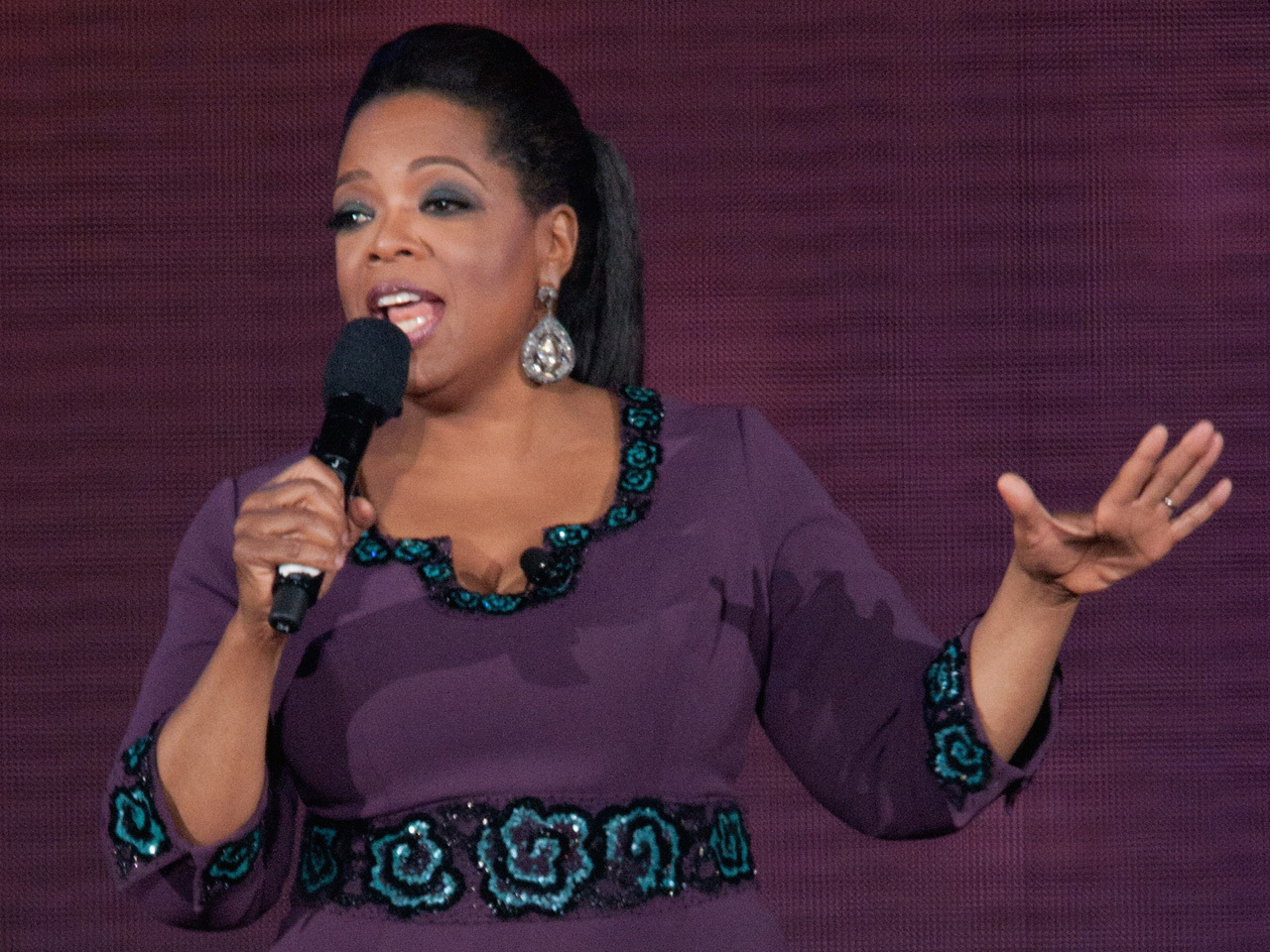 (CBS/AP) CHICAGO - The final taping of Oprah Winfrey's long-running talk show is happening Tuesday. What will the last episode have in store?

Hundreds of giddy fans struck by their luck at getting tickets to be a part of history gathered outside Oprah Winfrey's television studio in Chicago Tuesday awaiting the taping of her final talk show.

The show being taped Tuesday afternoon will be the finale of "The Oprah Winfrey Show," according to Harpo Productions. The show will air on Wednesday.

Winfrey announced in November 2009 that she would end her popular talk show after 25 years. Tuesday's taping comes a week after Hollywood's A-list and 13,000 fans bid Winfrey farewell during a double-episode extravaganza at Chicago's United Center. The shows that aired Monday and Tuesday included Aretha Franklin, Tom Cruise, Stevie Wonder, Michael Jordan and Madonna, among other stars of television, music and movies.

Sarah Cranley, 32, of Chicago waited in line with her mother, who traveled in from Pittsburgh for the taping. Cranley said she felt very lucky to snag tickets to the last show and the prospect of seeing Winfrey live didn't yet feel real.

"You think about how many billions of people around the world watch her and want to be here," Cranley said. "What are the odds?"

Allegra Scott, 39, of Chicago, said it's amazing to be a part of the final show, calling it a blessing.

Fans said they went through the normal ticketing process for the final taping by submitting their names online.

Winfrey's best friend Gayle King mixed with the waiting fans -- who cheered, "Oprah ! Oprah ! Oprah!" -- and interviewed several with a camera phone. For her, the show's end is bittersweet.

"I have such mixed feelings about it," King told fans.

The finale of "The Oprah Winfrey Show" has remained a secret, even as Harpo Studios hyped it as a television event.

In a promotional video posted online May 16, clips of famous television finales plays over a sad song with the lyrics "It's hard to say goodbye." It includes Mary Tyler Moore, Walter Cronkite, Johnny Carson, "M.A.S.H," "The Cosby Show," and "Cheers."

The video asks viewers "Where were you?" and "Where will you be?" Another promotional video for the final three episodes prompts viewers to "Say farewell."

When Winfrey announced her show would end she promised her viewers she would use the final season to "knock your socks off." On her 25th and final season premiere she danced onstage with John Travolta and told everyone in the audience they were going to Australia.

Other season highlights included interviews with President Barack Obama and first lady Michelle Obama, former President George W. Bush and Michael Jackson's family. Winfrey also revealed she found a sister who her mother had given up for adoption.

Already a television journalist, Winfrey came to Chicago in 1984 to WLS-TV's morning talk show, "A.M. Chicago." A month later,  the show was No. 1 in the market. A year later, it was renamed "The Oprah Winfrey Show."

Winfrey opened Harpo Studios on Chicago's West Loop neighborhood in 1990. On Jan. 1 of this year, she launched the Oprah Winfrey Network, which is based in Los Angeles.