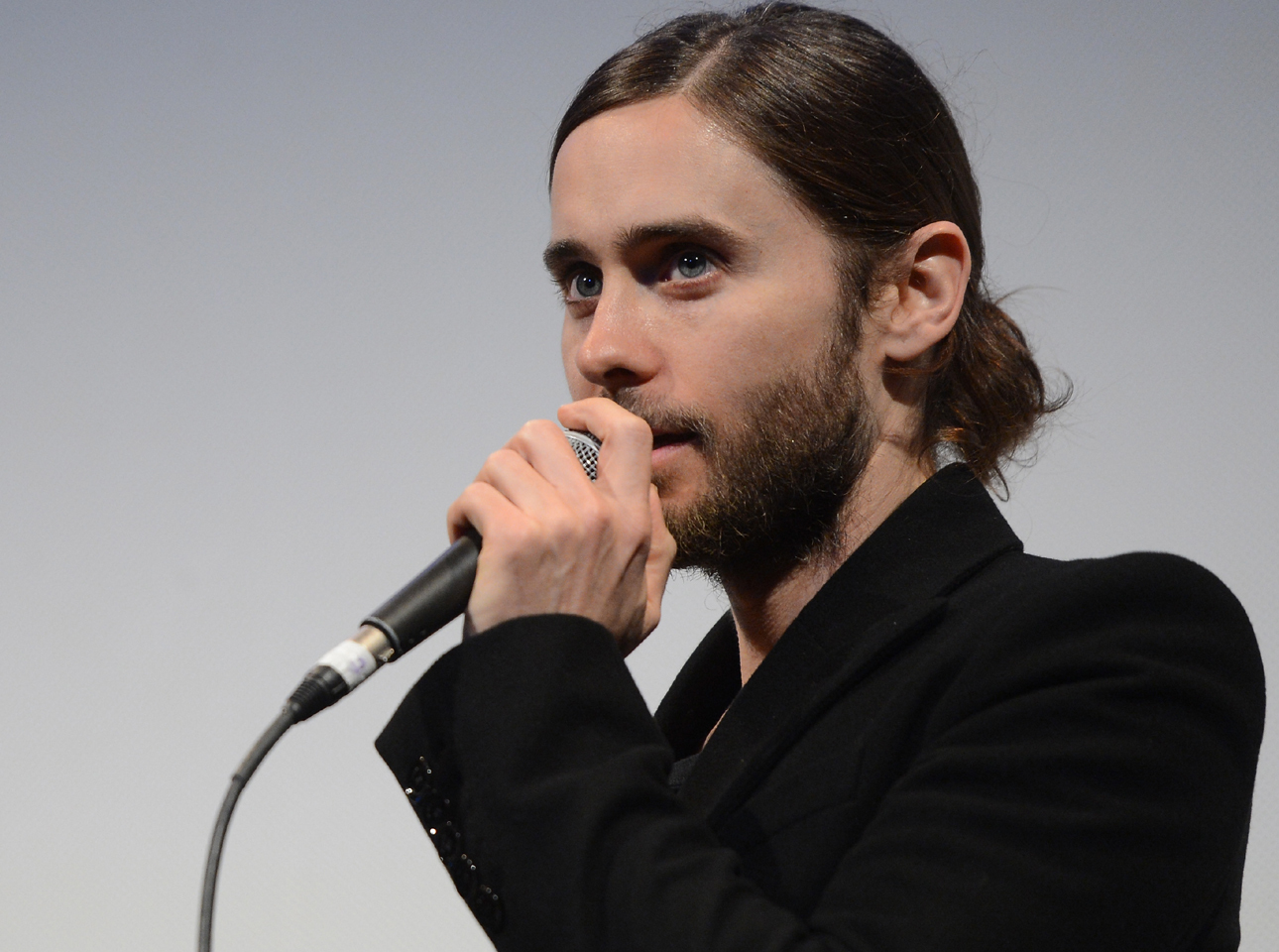 One fan certainly had an earful for Jared Leto. Literally.

An overzealous fan sent the 30 Seconds to Mars singer a real, live (dead?), severed ear in the mail. An actual ear -- did you hear that?

Did you catch what I was saying? Or should I say it louder, JARED LETO GOT AN EAR IN THE MAIL FROM A FAN, and then he did what most rational people would do when they get a body part in the mail: He poked a hole in it, tied a string around it, and hung it around his neck. Of course he did. Though I don't think Jordan Catalano would have approved.

During a March 22 interview with British radio station Xfm, the 41-year-old former star of "My So Called Life" revealed the strangest gift he's ever received.

"The fans are an incredibly committed and passionate group of people. Going to a show is kind of like visiting Japan -- you expect gifts on your arrival," he said. "You get all kinds of wonderful things. Someone cut their ear off once and sent it to me. That was very strange. A whole ear. The Van Gogh move. The note just said, 'Are you listening?' I never knew who it was, who's missing their ear out there."

He then added, "I poked a hole in it and wore it as a necklace!" Leto later shared a picture of the bloody body part on his Instagram account, with the caption "Are you listening?" Which you can view here, but beware, it may not be safe for work, or if you have a full stomach, or if you don't want to look at anything completely disgusting. OK, click at your own risk, and don't say I didn't warn you.

Leto concluded this bloody tale by saying that he hopes his fans will stick to offering more traditional presents in the future: "Don't put your entire body in a case and send it to us."

Because who knows where he'd hang that from.