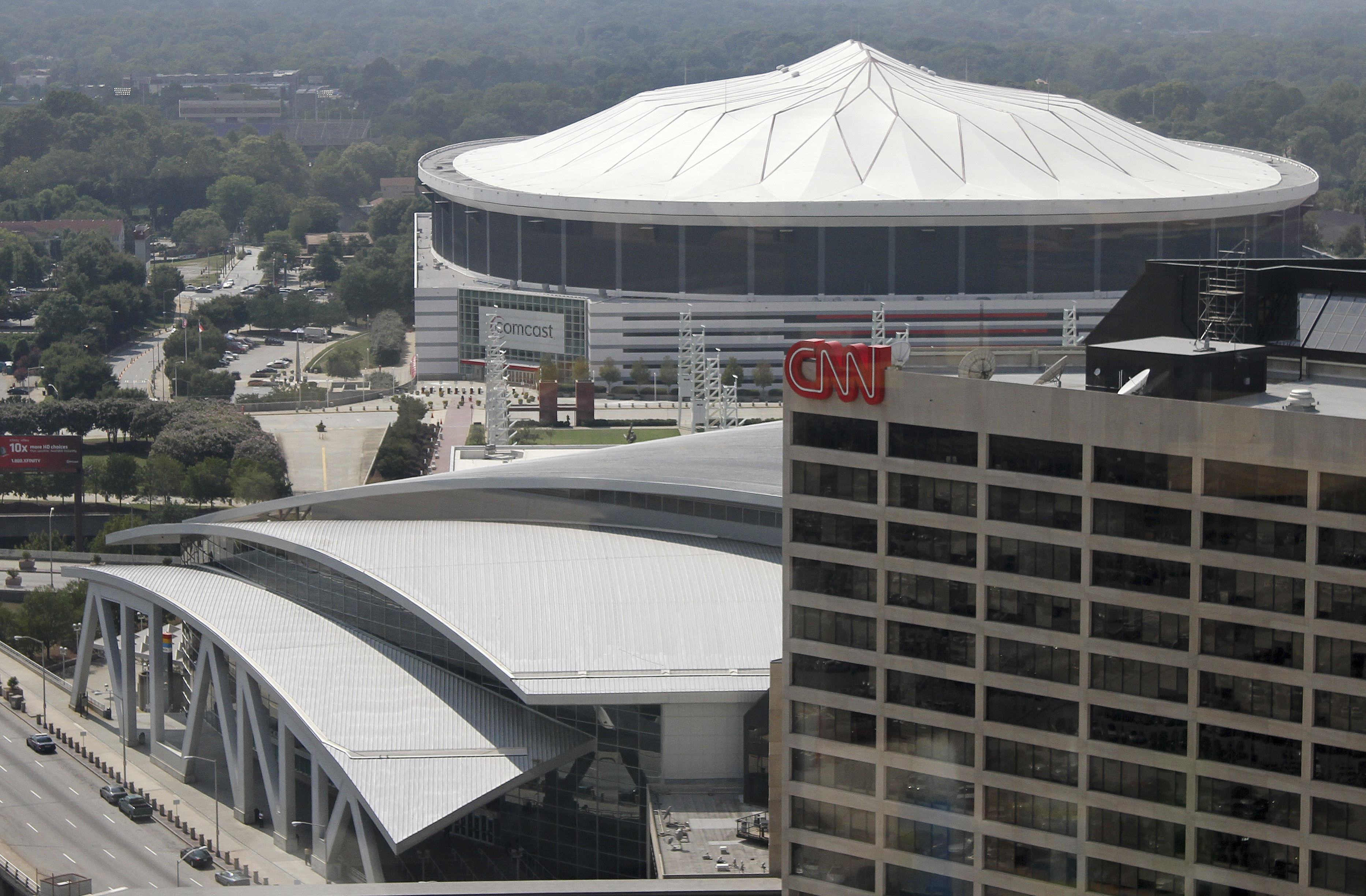 (AP) ATLANTA - A 20-year-old man fell about 35 feet from the upper level of the Georgia Dome during the Tennessee-North Carolina State game Friday night. His condition was unknown.

The man fell on another fan seated in the mezzanine area at about 8:30 p.m., The Georgia World Congress Center Authority, which operates the downtown football stadium, said in a statement.

The fan who was fallen on also was taken to the hospital.

Authority spokeswoman Jennifer LeMaster said late Friday that she did not know the conditions of the injured fans. She did not release their names.

The fall occurred a day after a 25-year-old fan tumbled about 60 feet from a fifth-floor escalator at Reliant Stadium in Houston during a preseason Houston Texans game.

Jonathon Kelly died from the fall during the Thursday night game against the Minnesota Vikings, and frantic witnesses called police to report where his body had landed, police spokesman John Cannon said. Police said the fall appeared to be an accident.

Last year, a firefighter attending a Texas Rangers game in Arlington died when he fell from the left field stands while reaching for a baseball tossed his way by All-Star outfielder Josh Hamilton. The man's 9-year-old son witnessed the fall. A statue was later dedicated at Rangers Ballpark to the man and his son, and railings were raised throughout the park before this season.

Fan falls to death from escalator at Texans game