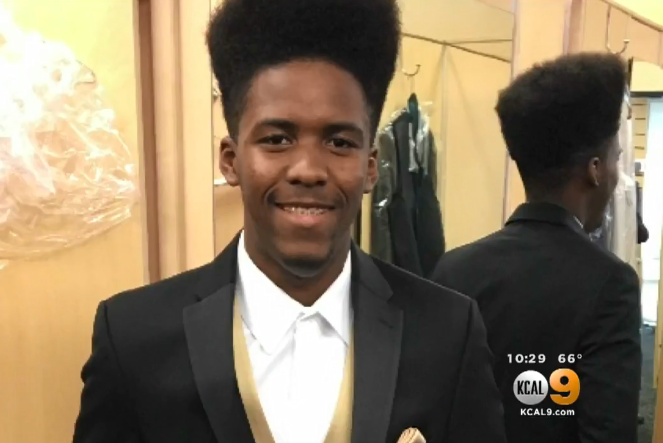 RIVERSIDE, Calif. -- The family of a 20-year-old student who was pledging a fraternity at the University of California, Riverside, wants to know whether hazing led to his death, CBS Los Angeles reports. As of Monday night, police were awaiting results of the autopsy and were calling it a "suspicious death" investigation.

Tyler Hilliard died suddenly over the weekend.  His mother, Myeasha Kimble, said a mom should never have to "bury a child like that."

Tyler was pledging the fraternity Alpha Phi Alpha. Members of the group told the family that they were beginning a hike on Mt. Rubidoux Saturday night when he collapsed and had to be taken to Riverside Community Hospital.

Tyler's aunt, Robyn Fountain, said it was "very clear" they were being hazed.

She said in recent weeks there were disturbing text messages on Tyler's phone from senior members of the fraternity. "Directing them to, like, make a paddle so we can beat you guys with it when you get here," she said.

She said other messages indicated pledges had also been beaten with cactuses.

According to Alpha Phi Alpha's national website, the fraternity does not allow pledging or hazing of any kind.

"Working with the University, the Fraternity has launched an investigation into the situation and has placed the chapter on an immediate cease and desist status, suspending all activities," their executive director said.

Tyler's family said they want to get to the bottom of what happened so they can make sure it doesn't happen to anyone else.

UC Riverside said in a statement it is working with the Riverside Police to determine the circumstance of Tyler's death. In the meantime, it is making counselors available to those who knew him.

Kimble said a toxicology report didn't show anything abnormal so she is awaiting results of the autopsy.