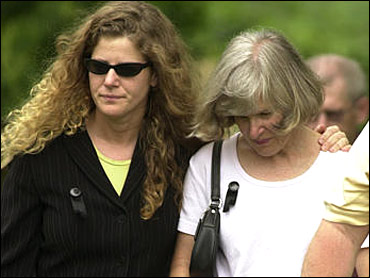 Nicholas Berg, the 26-year-old American civilian beheaded in Iraq, was remembered at a private memorial Friday marked by heavy security at a Philadelphia-area synagogue.

Berg, whose beheading was broadcast on an Islamic militant Web site, was an intelligent and outgoing man whose travels took him from abject poverty in Africa to perilous hot spots in Iraq, friends said.

Chester County Commissioner Andrew Dinniman said about 500 people attended the service Friday, including Berg's friends from high school and college, and past teachers. His father, brother and sister spoke, and the rabbi who presided over the ceremony read words written by Berg's mother.

"You realized what an energetic and talented young man this was, and what a tragedy his death is," said Dinniman, whose daughter was on a Science Olympiad team with Berg in high school. "On one hand, it was a solemn occasion in which you could hear a pin drop, but it was also a tribute done with poetry, humor and laughter."

Bob Concordia, 66, a family acquaintance, said "there were some tears, but there were also some laughs. I left with a feeling that he was somewhat of a martyr."

The Berg family had earlier urged curiosity seekers, politicians and media members not to attend the memorial. Police said they would turn away and, if necessary, arrest outsiders trying to attend.

"I'd like to see my brother buried in dignity," brother David Berg said.

Berg's body was buried at a Jewish cemetery outside Philadelphia in a private ceremony earlier Friday, a family spokesman said.

Also Friday Attorney General John Ashcroft announced that U.S. authorities investigated Berg for a possible connection to terrorists but determined there was no link.

CBS News National Security Correspondent David Martin reports U.S. officials said the FBI questioned Berg in 2002 after a computer password he used in college turned up in the possession of Zacarias Moussaoui, the al Qaeda operative arrested shortly before Sept. 11 for his suspicious activity at a flight school in Minnesota.

Berg, a small businessman who went to Iraq seeking a role in reconstruction, was found dead May 8. On May 11, an Islamic Web site posted video in which masked militants beheaded him. The CIA has identified the speaker in the video — the man who murdered Berg — as Abu Musab al-Zarqawi, a terrorist suspected in numerous attacks in Iraq.

In the wake of Berg's gruesome murder, the past link to Moussaoui seems a stranger-than-fiction coincidence — an American who inadvertently gave away his computer password to one suspected al Qaeda operative is later murdered by another notorious al Qaeda operative, Zarqawi.

To back its claims that Berg was in U.S. custody, the family gave The Associated Press copies of e-mails from Beth A. Payne, the U.S. consular officer in Iraq.