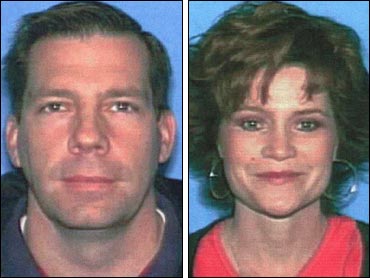 A 12-year-old boy under a court order to receive chemotherapy for cancer was in remission Thursday, said a spokesman for the parents, who have been charged with kidnapping for taking the boy from Utah to avoid the treatment.

Police have put out an all-points bulletin for Daren and Barbara Jensen of the Salt Lake City suburb of Sandy, who have been charged with kidnapping for taking the son, Parker, out of Utah to avoid a Juvenile Court order to give him chemotherapy.

The 38-year-old father, who was released on bail after a weekend arrest in Idaho, was staying Thursday at the home of his wife's parents in Pocatello, said his lawyer. His wife and the boy, however, are still missing.

Daren Jensen is considered a fugitive in every state but Idaho and "is not going anywhere," said the lawyer, Keith Zollinger. Jensen, he said, will show for a Wednesday hearing to fight extradition on the Utah kidnapping charge.

"He's just not going to Utah because he thinks Utah is not treating him in a straight-up fashion," Zollinger said.

The family insists chemotherapy is unnecessary and will only stunt Parker's growth and leave him sterile. Utah lawyers obtained a court order requiring chemotherapy and a warrant to take him into custody, but his parents took him out of state, drawing a kidnapping charge.

"We are not trying to make the parents criminals. We just want to help the state get this boy into medical treatment," Sandy police Sgt. Michelle Burnette said Thursday.

Daren Jensen and his Utah lawyer, Blake Nakamura, did not return messages from The Associated Press. When the AP called the home of Henry West, a Pocatello chiropractor and the father of Barbara Jensen, a man who refused to identify himself but said he was speaking for the family defended the parents, saying their boy was "alive and well" and testing negative for cancer cells.

Assistant Utah Attorney General Susan Eisenman said a gag order prevents her from talking about the case. Instead, she faxed The Associated Press an 18-page study published in the February edition of The New England Journal of Medicine.

The paper says that chemotherapy is needed to fully eradicate Ewing's sarcoma after surgery and prevent remnant cells too few to be detected from growing into new tumors.

Daren Jensen was arrested Saturday after his 14-year-old son, Garrett, rolled the family's 1994 Chevrolet Suburban on a mile-long driveway. A police report says he wasn't injured, but the truck was wrecked.

Daren Jensen showed up at the accident scene and was arrested by Bannock County sheriff's deputy Clint Brown, who learned he was wanted for kidnapping in Utah.

Jensen was released Monday on $50,000 bond by Idaho's 6th District Judge David Evans, angering Utah authorities who fear Jensen will disappear again. But Jensen's lawyer and the judge's clerk said Idaho law requires bail for all fugitives except those accused of first-degree murder.