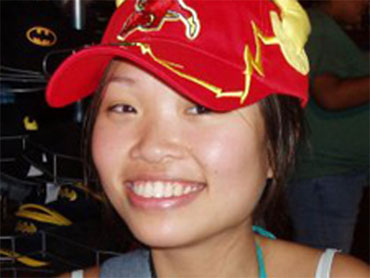 Le was killed in a research lab just days before she had planned to get married in 2009. An animal research technician who worked in the same building, Raymond Clark III, was sentenced to 44 years in prison in June for murdering Le. He apologized for the crime at the sentencing hearing, but offered no explanation.

The wrongful death lawsuit was filed in New Haven Superior Court by lawyers for the family of Le, a 24-year-old Placerville, Calif., native whose strangled body was found stuffed upside-down in a wall at the Yale lab building on Sept. 13, 2009. That was the same day of her scheduled wedding and five days after she disappeared. Prosecutors also said there was evidence of a sexual assault.

Yale officials said in a statement Tuesday that the lawsuit had no merit and no additional security measures could have prevented the killing.

The lawsuit claims that before Le's killing, Yale had for years failed to take adequate steps to protect women on the New Haven campus. It also claims school officials should have known that Clark posed a potential danger to Le's safety, because he had previously demonstrated aggressive behavior and a "violent propensity towards women."

In April, the U.S. Department of Education's Office for Civil Rights confirmed that it was investigating complaints by Yale University students that the university had a sexually hostile environment and failed to adequately respond to sexual harassment concerns.

"Yale's persistent tolerance of sexual harassment and sexual assaults on campus caused students to file (the) complaint against Yale University," the Le family's lawyers, New York-based Joseph Tacopina and Stamford, Conn.-based Paul Slager, said in a statement Tuesday. "And, just five days before she was to be married, Annie Le was a victim of that environment."

The lawsuit, which names Yale University and its medical school, only says it is seeking an unspecified amount of money greater than $15,000, which is standard in Connecticut when lawsuits are first filed. The damages and legal fees sought by the plaintiffs could total in the millions of dollars.

The Yale statement said the lawsuit "serves neither justice nor Annie's memory, and the university will defend against it as appropriate."

"Yale had no information indicating that Raymond Clark was capable of committing this terrible crime, and no reasonable security measures could have prevented his unforeseeable act," the statement said.

The building and labs where Le and Clark worked were accessible only to people with security cards that had to be swiped through security boxes.