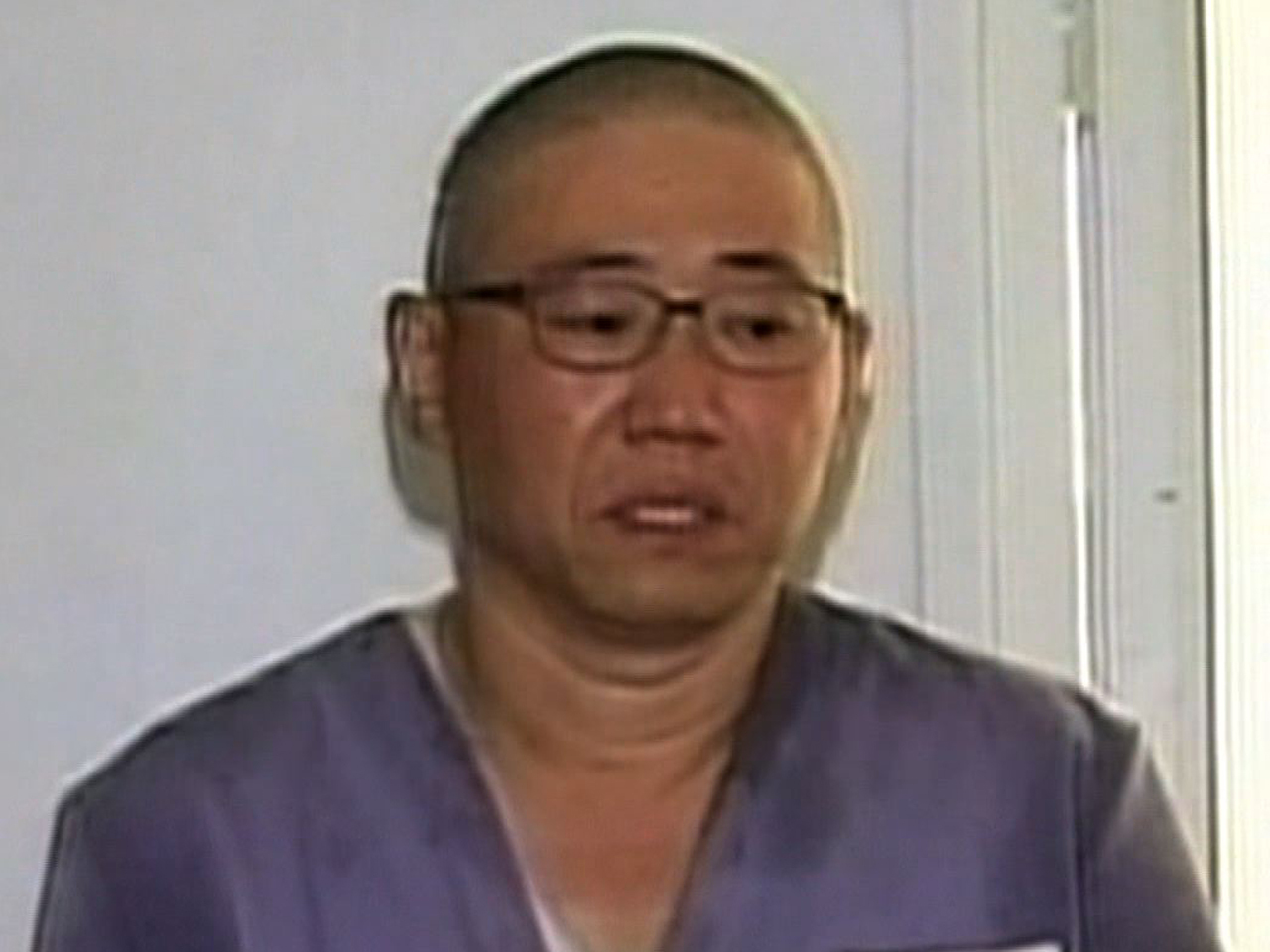 (CBS News) North Korea has never imprisoned an American indefinitely, but they have held Kenneth Bae longer and sentenced him more harshly than any previous U.S. citizen held in the country.The U.S. State Department is working diplomatic back channels, including asking the Chinese to help, but Bae's family insists the U.S. government is not doing enough to bring him home.

A 44-year-old father of two, Bae was a tour operator and Christian missionary who had entered the country legally more than a dozen times. He was detained in November 2012 and sentenced to serve 15 years of hard labor, on charges that included "hostile acts" against the state, namely plotting a coup.

"All I know is that my brother is a good man," Bae's sister Terri Chung told CBS News correspondent Margaret Brennan.

"He's an idealist, and a man of strong convictions, and he may have been maybe a little overzealous, and maybe made some wrong choices," she added.

Two weeks ago, the family received an unusual package of handwritten letters from Kenneth. In the letters, he begged for them help, writing that he was going blind and suffering failing health due to diabetes and a heart condition.

"The sound my mother made when she watched that video, I will never forget," Chung told Brennan. "It was just the most heart-wrenching, almost like an animal in pain."

"We cried a lot," she continued. "This was my brother speaking from prison and we needed to let people know that his health was failing and we needed to seek help to get him out and get him home."

While Chung and her parents have a weekly call with the State Department, they are losing faith that the U.S. will act swiftly enough to get Kenneth released.

In the past, former presidents or high-profile figures like Gov. Bill Richardson have worked to bring Americans home from North Korea. Richardson told Brennan, "You try to read things as much as you can but ... his message was pretty harsh, it was not good. It was 'Kenneth Bae is there for a while, no high-profile rescue this time. We're not going to go easy on this. He committed a crime.' We have no relationship, no dialogue so that's the way it's going to be."

But for the Bae family, the issue goes beyond politics. Bae's sister Terri told Brennan that if she could speak directly to North Korea's President Kim, "I would ask for his mercy."

Grower: World's hottest pepper may be the answer to cancer

How America fell into a love affair with hot dogs

One year after Hawaii volcano erupted, residents are still "tense"

A brutal new game where teens attempt to knock out random strangers with one punch is growing in popularity
Thanks for reading CBS NEWS.
Create your free account or log in
for more features.
View CBS News In
CBS News App Open
Chrome Safari Continue
Be the first to know
Get browser notifications for breaking news, live events, and exclusive reporting.