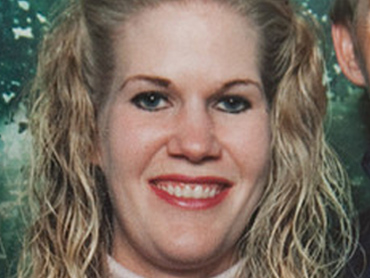 A Colorado woman who says she is the mother of an American held and later released in Ireland over an alleged plot to kill a Swedish cartoonist said Sunday she does not know where her daughter or grandson may be.

Christine Mott, of Leadville, said she learned from federal law-enforcement agencies that her 31-year-old daughter, Jamie Paulin-Ramirez, had been arrested. Irish police told CBS News on Saturday that Paulin-Ramirez had been released.

She was detained along with six others over the alleged plot to kill Vilks, who depicted the Prophet Muhammad in a 2007 sketch with the body of a dog.

Sgt. Declan Obyrne of the Irish Garda told CBS that a file would be prepared for Irish prosecutors to review, and although Paulin-Ramirez was released, the Irish police would continue to investigate her and could detain her again.

Irish authorities announced last week the arrest of seven Muslims in the alleged plot, identifying them only as three Algerians, a Libyan, a Palestinian, a Croatian and an American woman married to one of the Algerians.

They were arrested Tuesday, hours before U.S. authorities unveiled a terror indictment against Colleen LaRose, 46, of Philadelphia, who bills herself as "Jihad Jane."

Mott said Sunday she had not heard from federal authorities, Paulin-Ramirez or her 6-year-old grandson, Christian.

"The only thing I care about is getting that little boy back in the United States where he is safe," she said.

Paulin-Ramirez lived in Blue Springs, Mo., before moving to Leadville, her mother said. She told her family last year that she had converted to Islam and that they'd go to hell if they didn't do the same, Mott said.

Paulin-Ramirez left Leadville with her son on Sept. 11, later telling her family that she went to Ireland and married an Algerian whom she met online, Mott said.

A law enforcement official told CBS News that U.S. officials were aware of Paulin-Ramirez before the Irish Garda picked her up in their assassination probe. This official also stresses the fact that she has not been indicted in the United States.

Law enforcement is looking at whether "Jihad Jane" and Paulin-Ramirez spent time together in Ireland or the United States, and the FBI is still in the process of locating and interviewing friends and family of Paulin-Ramirez.

Mott said she talked to her grandson March 8. She said she has considered trying to gain custody of her grandson but doesn't know where to start.

"We're on disability. We struggle from day to day to get by on Social Security. We don't have any money to get an attorney," Mott said.

She said she hasn't been able to reach her daughter by phone this weekend.

"I can't stop her, but this little boy has not had any choices about what has happened to him," she said. "That little boy is caught in the middle of something that he didn't ask for."