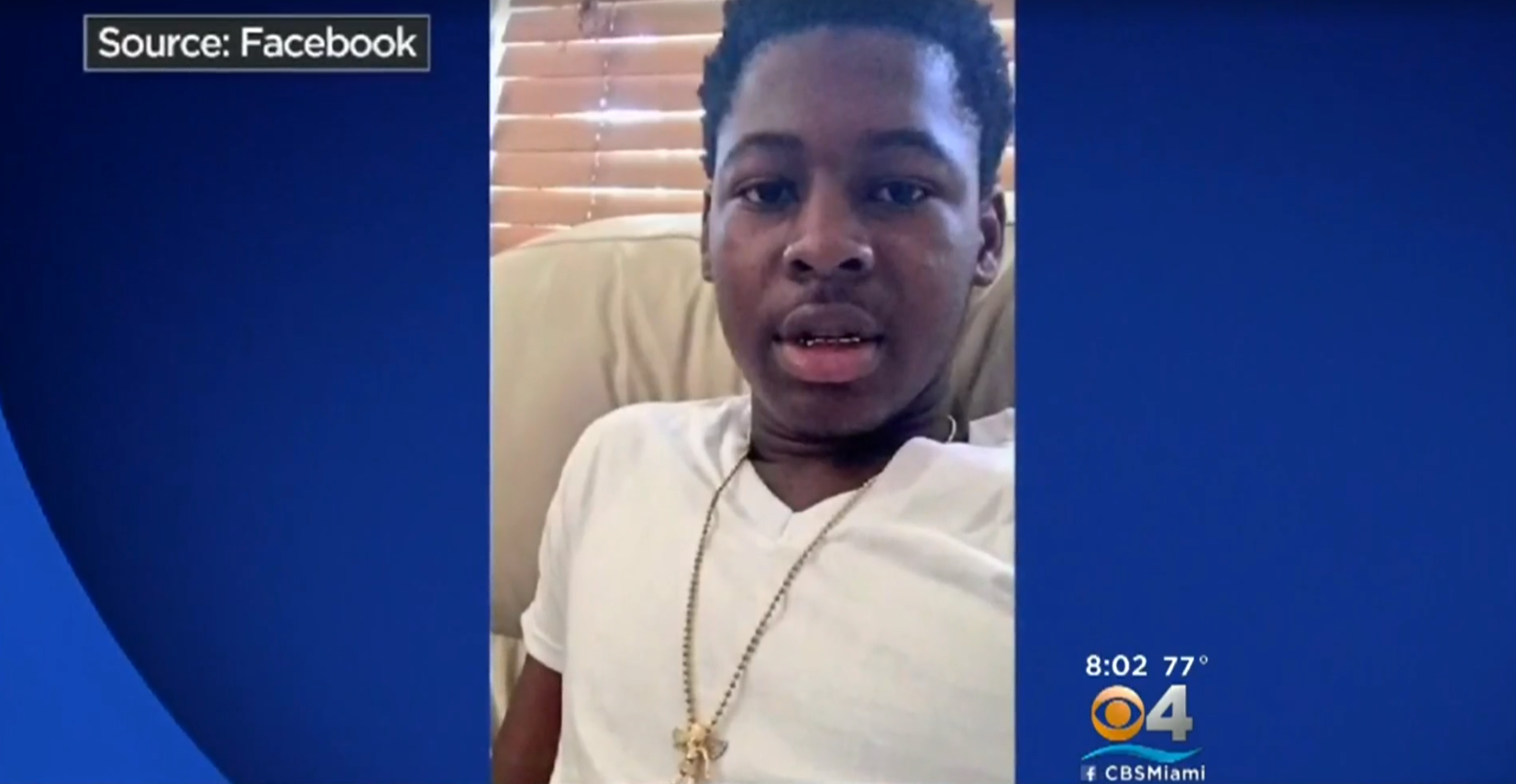 MIAMI -- A family says a 16-year-old who was shot seven times over the weekend has survived, reports CBS Miami.

Jamal Pieze was caught in a hail of gunfire, less than a block from the Miami Jackson High School around 3 p.m. Saturday. The football player was walking down a street when two kids -- hiding their faces in hoodies -- started to shoot at him, according to the station.

As he ran, the suspects reportedly chased him down and kept firing.

"We know that probably 30 to 40 rounds were fired, so he's very very lucky to be alive today," a Miami Police Department spokesperson told reporters.

Relatives rushed the wounded high school student to the emergency room. Doctors said they couldn't believe he was still breathing, according to CBS Miami.

Alicia Jackson, the victim's aunt, told the station that her nephew has multiple injuries -- including a leg fracture, a skull fracture, and he was hit in the hip.

"He's scared, he's in a lot of pain but he thanks God that he's alive because this could have gone a lot worse," said Jackson.

Joe Pieze, the victim's father, says his son had transferred to Miami Jackson just a few weeks ago, and the family is not sure why he was targeted.

However, relatives say they are blessed Pieze will be around to celebrate Christmas.

In the attack, a stray bullet also struck a nearby car, shattering the window and resulting in the driver being taken to the hospital, according to CBS Miami.

Police are still reportedly looking for the two suspected shooters and say anyone with information should call Crimestoppers at 305-471-TIPS.