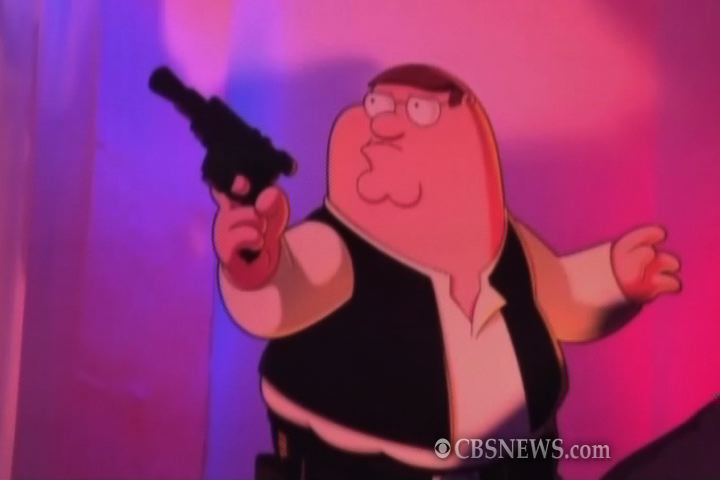 The title of this new parody episode, "It's a Trap," originates from a now-infamous line spoken in the film.

The cast and crew of "Family Guy" recently attended a lavish premiere party in Los Angeles for this new hour-long special episode. Creator and Executive Producer Seth McFarlane (who voices several of the main characters on the show including Stewie, Brian and Peter, among others) gave thanks to Lucas Films for providing the cartoon team access to the hit sci-fi franchise. But, McFarlane did have his imposed limits on how far his staff could go with the satirical approaches to this immensely popular film series.

"There are limitations, it's still the 'Star Wars' franchise so Lucas Film, you know, they don't allow everything but, they allow a lot. They allow 'Family Guy' to be 'Family Guy,'" McFarlane revealed during the premiere party.

Seth Green, who voices Chris Griffin and takes on the role of Luke Skywalker, was also in attendance. Green said that he thinks audiences love to see 'The Family Guy' cast "play together and be silly. Poke each other, you know, and then take the hit. It's like a roast."

Actress Melissa Joan Hart, best known for her starring roles on "Clarissa Explains It All" and "Sabrina The Teenage Witch," serves as a guest star in "It's a Trap," and also spoke about the silly humor featured in the episode.

"People are just really drawn to comedy and just silly comedy," she said. It's comedy that doesn't have to mean much, you know? And there's Stewie, how can you not like him?"

The characters on the show may not approve of the villainous Stewie though, especially when he's wearing that Darth Vader suit.

"Family Guy: It's a Trap" will make its debut on DVD on Dec. 21, just in time for the holidays.