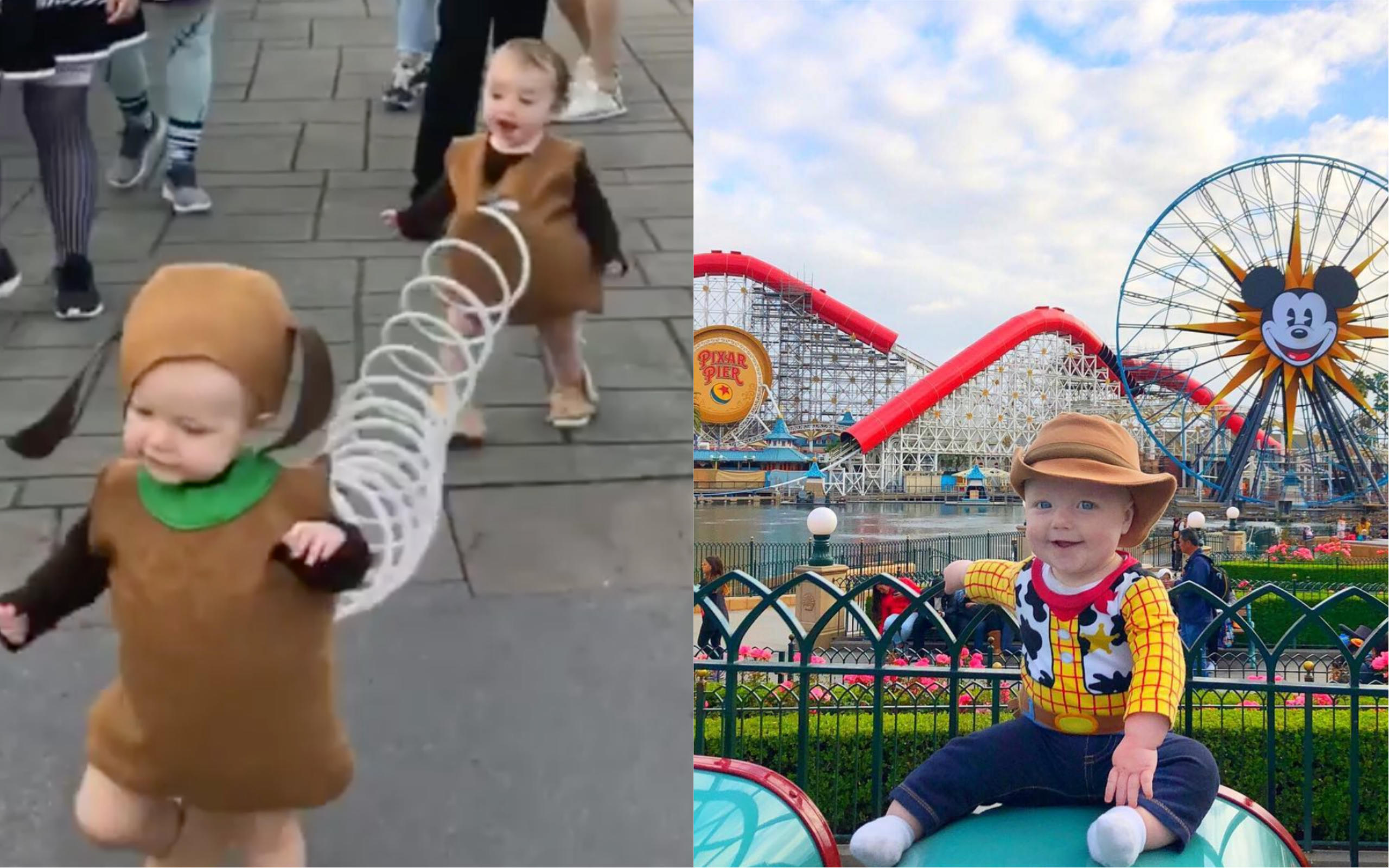 A 1-year-old Utah boy has gained internet fame thanks to his dad's Instagram account. It features pictures of the boy in pint-sized, Disney-themed costumes.

"I got a Woody outfit from my mom," Tucker Bohman said. "We got a couple of other outfits and took maybe one picture a week."

But store-bought costumes weren't enough. There are not "a whole lot of costumes, especially for boys," Bohman said.

"It's all about Disney princesses, it seems," he said. "We decided we had to start making costumes."

Bohman created an Instagram account called "Toy Story Dad," where he shared photos of his son's costumes. The account got a surge of attention after his family made a trip to Disneyland.

"Beckham was wearing a full on Woody outfit and people at Disneyland flipped out for him," Bohman said. "We had crowds around us of people trying to take his picture. And people recognized us ... I only had like 900 followers, but there were people there who knew who we were."

Ever since then, "Toy Story Dad" has been growing rapidly.

Recently, the Instagram page received an influx of new followers when Bohman posted a video of Backham and his cousin dressed as the "Toy Story" character "Slinky Dog." Beckham was the head of the dog and Audrey was the rear end. They were connected by a light up "slinky."

Bohman's costume creations don't stop at "Toy Story." Beckham has dressed as Jack Sparrow from "Pirates of the Caribbean," Carl Fredricksen, the old man from "Up," and "Prince Charming."

Bohman said his wife helps make most of the homemade outfits and he helps where he can. The dad takes the photos and manages the Instagram account, which has more than 32,000 followers.

"Funny thing is, I had never been to Disneyland until I got married five years ago," said Bohman." I liked Disney, but didn't really know this whole world existed ... My wife converted me," Bohman said. The family now goes to Disneyland in Anaheim, California, about every two months.

As for Beckham: "When he hears the little intro with the castle before the movie, he perks up and gets excited," Bohman said. "His favorite movie right now is actually 'Coco.'"