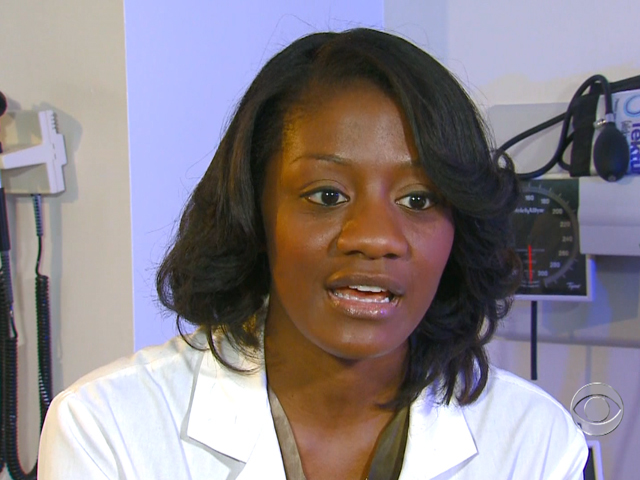 The federal government this week awarded $9.1 million to medical students in 30 states and the District of Columbia. The recipients will serve as primary care doctors. As CBS News correspondent Whit Johnson reports, fewer and fewer medical students can afford to become family doctors at a time of growing need.

With a looming shortage of family doctors, medical students like Sade Olowudeadeyi are in high demand.

"It's very gratifying I have to say," she said.

"I really love the fact that with primary care, your focus is on the whole patient." she said

But she's among only 1 in 5 medical students opting for primary over specialty care -- students critical for the success of President Obama's Affordable Care Act.

Under the law, 32 million people without insurance are supposed to be covered by 2014. Combine that with 78 million aging baby boomers and there just won't be enough doctors to go around.

"The details about how we're going to provide care for those individuals, as well as improve the care of everybody else, is not really explicitly spelled out in the affordable healthcare act," said Dr. Matthew Mintz of George Washington University School of Medicine.

Projections show the supply for physicians will fall short by 91,000 in just eight years. That's because, said Dr. Mintz, it all comes down to pay.

Students in family medicine can expect to earn on average less than $210,000 per year -- half of what a specialist would make in a more lucrative field.

And that carries a stigma for those considering primary care, said medical student Seth Rosenblatt. "A lot of students don't see them as the most respected doctors just because they're not as well paid. So a lot are hesitant to go into the field because of that stereotype."

"My hope is just to be the best primary care physician that I can be and see where that takes me," said Olowudeadeyi.

And through incentives and scholarships -- some announced just this week -- the White House is hoping others will choose the same path.

At least 3 killed in Amtrak train derailment
Thanks for reading CBS NEWS.
Create your free account or log in
for more features.
View CBS News In
CBS News App Open
Chrome Safari Continue
Be the first to know
Get browser notifications for breaking news, live events, and exclusive reporting.