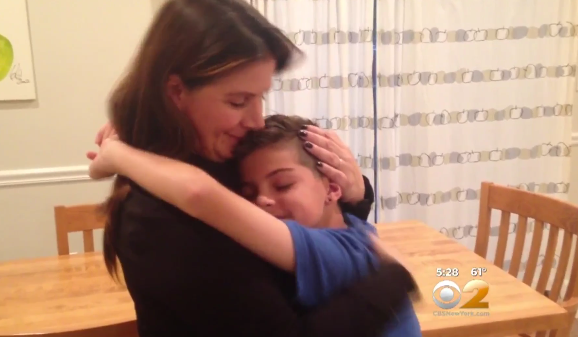 NEW YORK -- It was a secret Eli kept until he was 8 years old.

"He would scream, like we were hurting him when we tried to put a dress on him," recalled Grace, his mother.

That was when Eli was an 18-month-old baby girl already rejecting anything female.

Now, Eli's mother and Eli are sharing their story with CBS New York.

Eli still remembers being a baby, and rejecting putting on a dress.

Now Eli is 11 years old. He is, by all accounts, a happy, active boy who never doubted he was born the wrong sex.

"I'd say I pretty much knew my whole life," Eli said to CBS New York.

It was hard to keep that secret for 8 years though, he said.

"It was kind of hard 'cause I hadn't really told anyone ever," he said.

CBS New York reports that it was a less clear path for Ryan, now a 21-year-old man. He, too, was born female, but never felt like one.

"It was very confusing," he said. "I was very depressed."

He didn't understand his feelings at the time. Then he learned about what it meant to be transgender on the Internet, and it began to make sense.

"It was a relief to know what exactly I was or am," he said.

Ryan's mother said at first it was hard to accept.

But she came around.

"I was so excited for my son to be able to become the person he needed to be," she said.

Experts say the kind of family support both Ryan and Eli are getting is crucial. Without it, many transgender kids suffer from anxiety, depression and high rates of suicide.

Grace said for her it went from a situation that felt really confusing and difficult to one that she now celebrates.

"We feel so lucky to have him," she said.