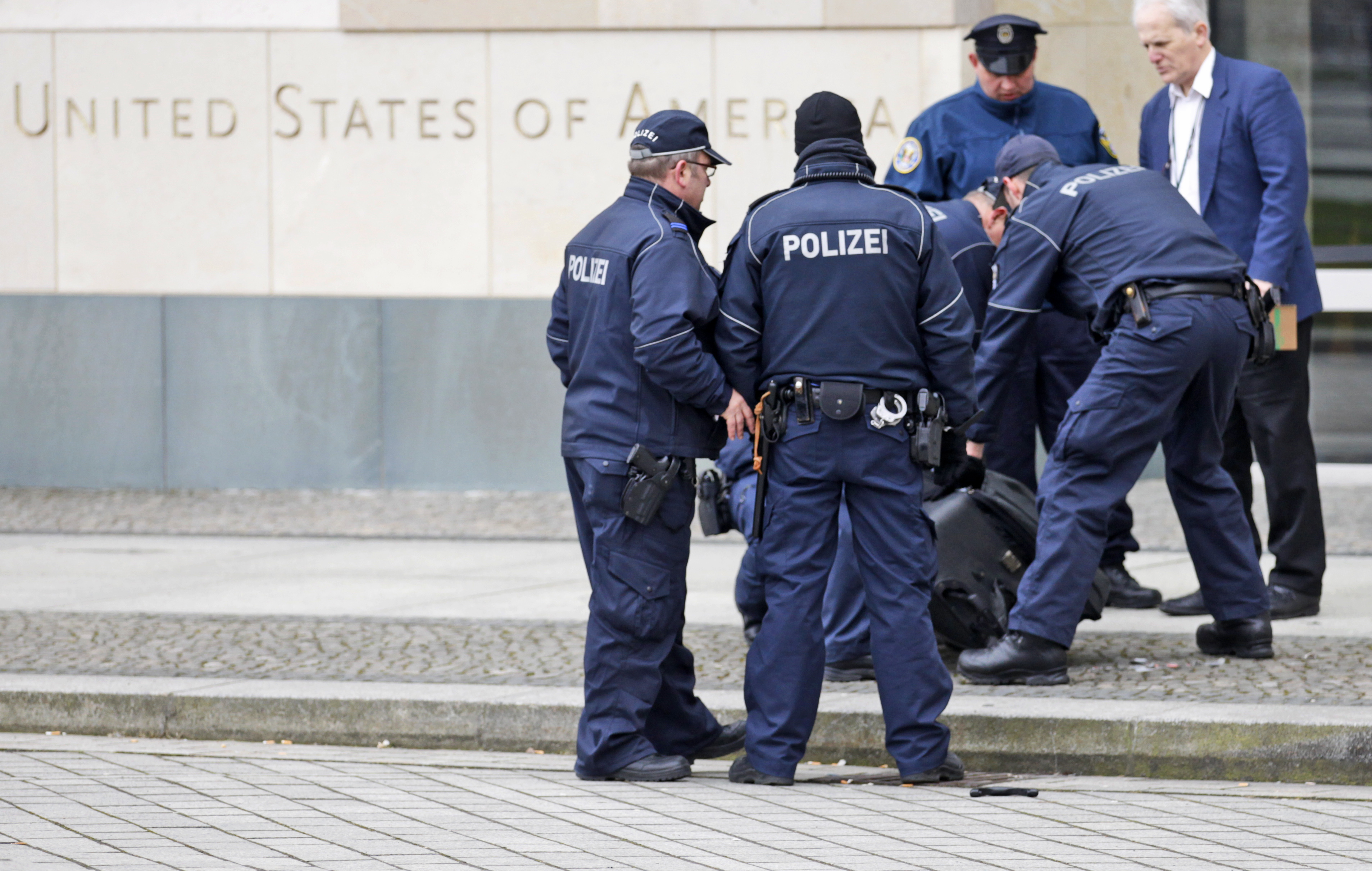 BERLIN -- A 23-year-old German man is in custody after falsely claiming to have a bomb inside a suitcase he was trying to bring into the U.S. Embassy, police said Friday.

The incident began around 7:30 a.m. when the man was turned away by security personnel at the door of the downtown embassy near the landmark Brandenburg Gate, police spokesman Jens Berger said.

The man then allegedly became violent and tried to punch security personnel, Berger said. As he was being arrested by Berlin police at the scene, Berger said he told them there was a bomb in his suitcase that was in front of the entrance.

The area was quickly cleared and a police robot was brought in to open the bag, but found only "personal items" like clothes, police said.

Few details about the man were immediately available, but Berger said "there are many indications he is psychologically disturbed."