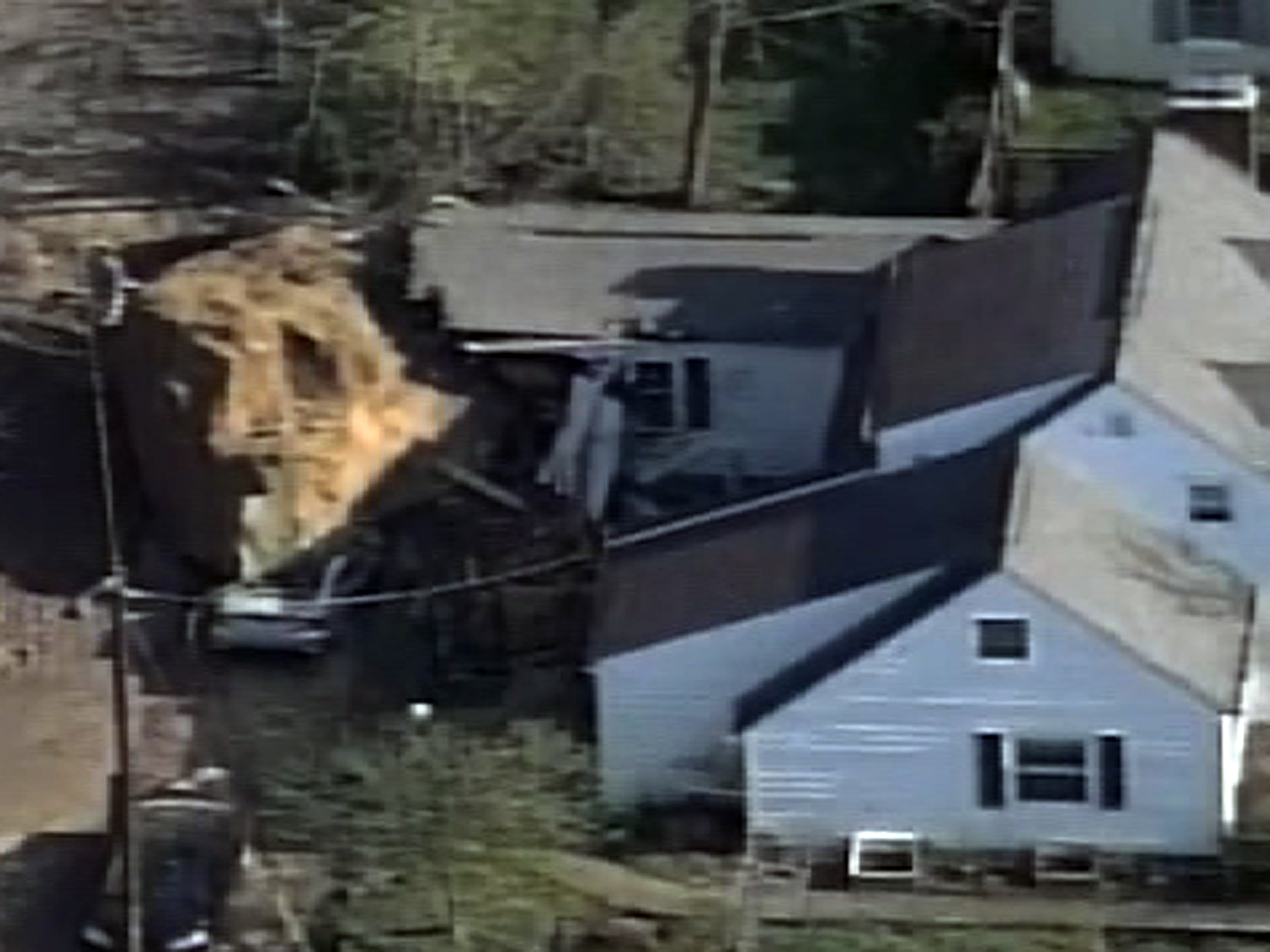 (CBS/AP) ATHENS, Ohio - A boulder that broke free from a hillside in southeast Ohio crushed two vehicles, damaged a house, knocked down utility poles and hit an underground water line.

The Athens Messenger reported no one was injured when the boulder and debris crashed down about 10:30 p.m. on Tuesday evening.

Andy Stone, director of Athens' Department of Engineering and Public Works, said the family living in the house was home, but in a back area that avoided damage. He estimated the boulder was about 25 feet in diameter.

The family and residents of a neighboring home were evacuated until crews can evaluate the hillside's safety. As the rock fell, knocking down utility pole, it knocked out telephone, cable and electric service to the area.

The Messenger reported city crews worked overnight to repair the broken waterline. Stone said crews would need to break down the large boulder into smaller pieces in order to remove it from the scene.

Mary Diles, who lives nearby, said she heard the boulder break away and at first thought it was thunder, then saw sparks and thought it might be fireworks.