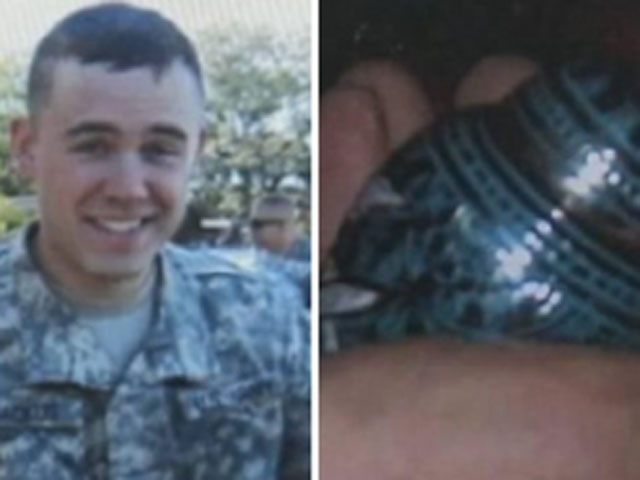 (CBS/WWJ) LIVONIA - Authorities in Michigan say someone stole an urn containing the remains of a U.S. soldier who died in Afghanistan.

According to CBS Detroit, the urn holding the ashes of Brian Backus was stolen on July 8 in Livonia, about 20 miles west of Detroit. The remains were were taken from a 2012 white Ford Mustang parked outside a home on Arcola street between the hours of 3 a.m. and 7 a.m.

Backus was reportedly 22 years old when he was killed in Afghanistan in the line of duty the day before Father's Day on Saturday, June 18, 2011.

Prior to joining the service, Backus had attended the University of Michigan and planned to become a doctor, CBS Detroit reports. He left behind a three-year-old son.

According to the station, a $1,000 reward is being offered for any information leading to the arrest of the perpetrator.

Anyone who may have information is asked to call Livonia Police or Crime Stoppers at 1-800-SPEAK UP. You can also text your tips to CRIMES (274637).