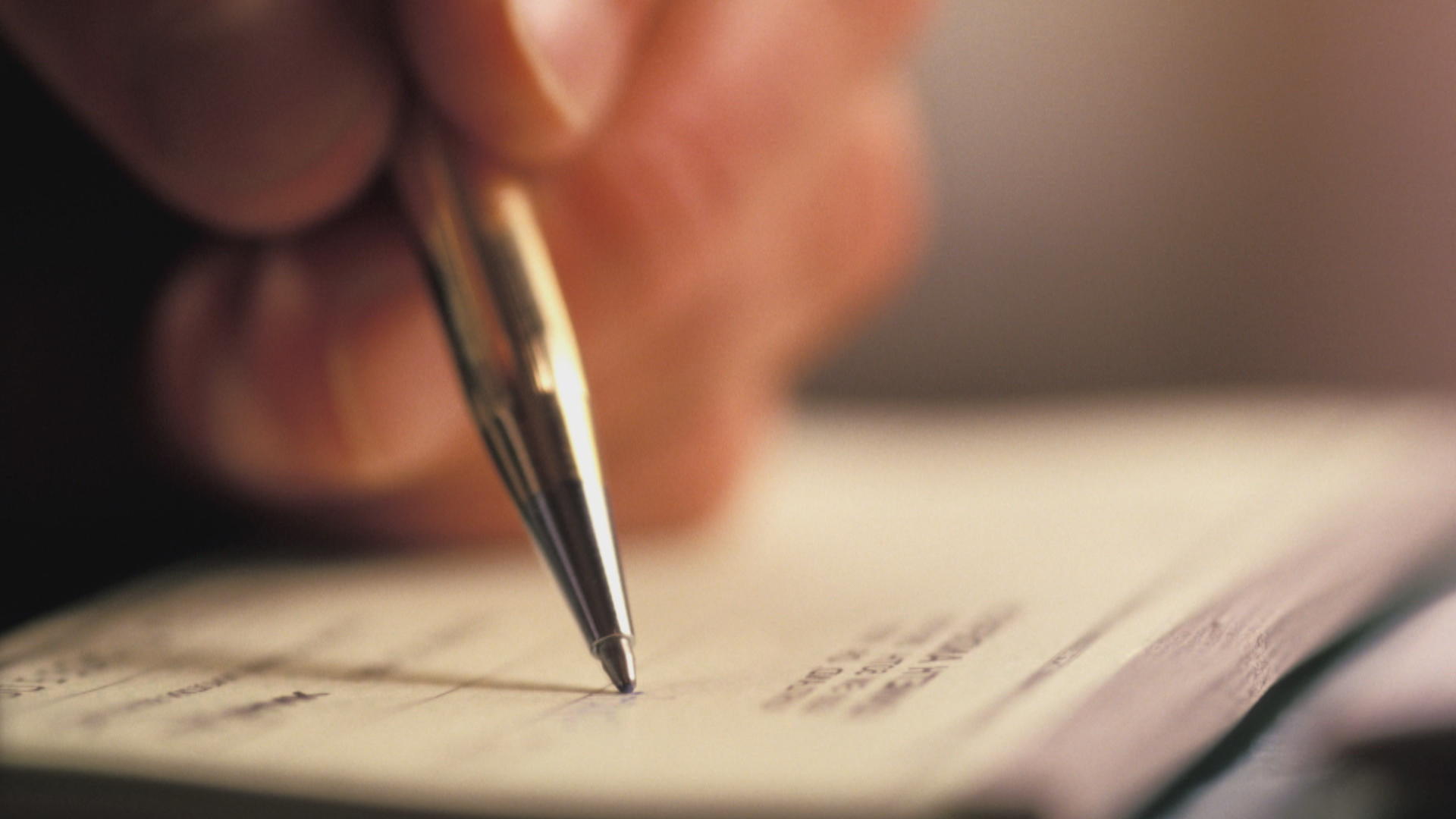 A report released Tuesday night by the Better Business Bureau finds billions of dollars of fake checks circulate every year. Scammers fool their victims using checks that appear to come from real companies in what is being called an "exploding epidemic."

Tens of thousands of people fall victim to them every year. Scammers will send consumers a fake check and ask them to send some money to accounts they set up for fake business purposes, but the checks often bounce back days later.

College student Auriyon Jacobs from Oakland, California, said scammers sent her an email in March appearing to be from another student. They offered her $250 per week to have an advertisement for Mountain Dew wrapped around her car.

"They were offering me money to have me represent PepsiCo," Jacobs told CBS News' Tony Dokoupil. "All I would have to do was just drive my car around and just live my normal life while advertising for them."

She sent in her application and received a nearly $5,000 check with instructions to deposit it into her bank account. She then withdrew $3,500 and deposited it into the alleged scammer's account to cover the installation of the advertisement. Soon after, Jacobs' bank alerted her that the check was fake and she owed the bank $3,500 that she withdrew. Jacobs was counting on the money to pay a "huge portion" of her tuition.

Steve Baker, an investigator with the Better Business Bureau, said there may be half a million victims of this kind of fraud in the U.S. every year.

In a new report, the Better Business Bureau warns that regular checks, cashier's checks, and money orders can all be forged. They found fake check fraud in reports "about employment frauds, sweepstakes frauds and smaller numbers in areas such as bogus grants, tech support, online purchase fraud, and rental frauds."

"What they all have in common is that the check is counterfeit and just because the money is credited to your account does not mean the check is good," Baker said.

The FTC and the FBI received nearly 30,000 complaints about check fraud last year. Combined, they reported total losses of nearly $40 million. People in their 20s accounted for 21 percent of FTC complaints in the last two years. The postal inspection service said it seized $62 billion of fake checks in 2017.

"If you get a check from somebody that is not a family member or in person or is not a payroll check, you need to wait at least two weeks to be sure that that check really is good and is not counterfeit," Baker said.

Jacobs said she paid back the $3,500 with her parents' help. The Better Business Bureau said scams seem to originate from Nigeria through large, organized networks. They say consumers should do their research and try to independently verify the information provided.