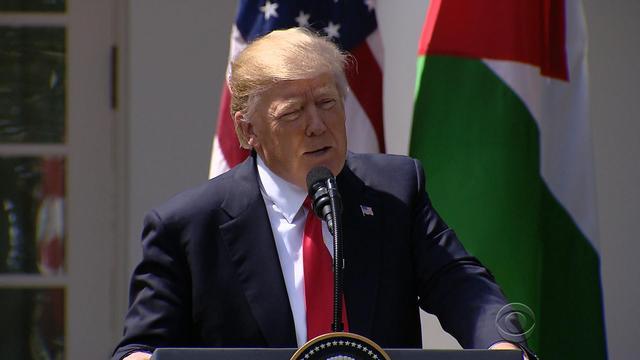 WASHINGTON — President Donald Trump’s assessment of the fight against Islamic State militants ignores substantial progress made against the group before he took office.

At a news conference with Jordan’s King Abdullah II on Wednesday, Trump said: “We had a very, very fine delegation come over from Egypt, and also from Iraq. And they said more has been done in the last six weeks than has been done in years with the previous administration, and believe me, we’re going to keep it that way.”

THE FACTS: There was far more progress against IS over the past year than in the last six weeks. The military campaign against the group has been building slowly. More cities have been recaptured from the militants, and IS has lost large swaths of territory in Iraq and Syria. However, the two biggest, climactic battles - to retake Mosul, Iraq, and Raqqa, Syria - have not been completed.

Last year Iraqi military forces, supported by the coalition, waged successful battles to oust IS from a string of cities in the run-up to the Mosul fight. Those included battles to take back eastern Mosul and the Iraq cities of Fallujah, Ramadi, and a number of smaller towns along the Tigris River. Backed by the coalition, the Iraqis were also able to defeat IS at Makhmour and Qayyarah, enabling the military to establish bases at both locations and use them as logistical hubs for the battle to retake Mosul.

No major cities have been retaken in the last six weeks. But Iraqi forces in February launched what is expected to be the last major battle against IS in Iraq - the campaign to retake western Mosul.

Success has been slower in Syria, where the U.S. initially struggled to find a qualified cadre of local fighters to advise and train. The Islamic State group has lost territory, particularly along the Turkish border. But Trump is correct in suggesting that there has been significant progress in recent weeks, as the U.S. deployed hundreds more troops into Syria to help prepare local forces to retake Raqqa.