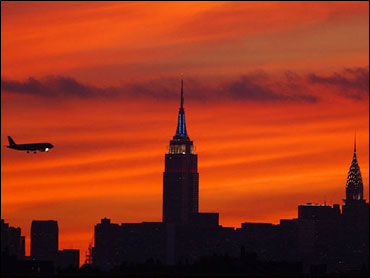 Start spreading the news - New York City's middle class is leaving. And not just today either.

Sky-high rents, long commutes and other exorbitant living costs are just some of the reasons the nation's most expensive city has been steadily losing its middle class in recent years, according to a study released by the Center for an Urban Future.

New York City suffered a net loss of over 150,000 middle income residents in 2006 - a greater flight than 1993, when the city was in much worse shape economically - according to the study.

With New York more than twice as expensive as the national average, many former residents have opted for cheaper alternatives in Philadelphia, Charlotte and the Atlanta suburbs.

Looking at the numbers, it's not hard to understand why: