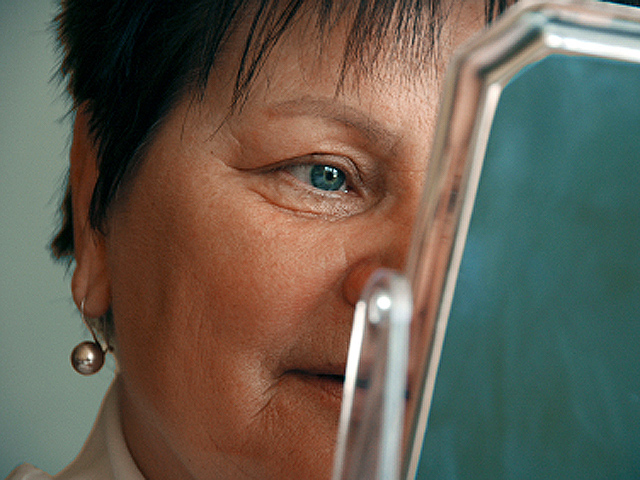 (CBS) The facial wrinkles that women try hard to hide seem to reveal something more than age. Scientists at Yale University say they've discovered that the more wrinkles a woman has in early menopause, the lower her bone density.

"In postmenopausal women, the appearance of the skin may offer a glimpse of the skeletal well-being, a relationship not previously described," Dr. Lubna Pal, associate professor of reproductive endocrinology and fertility at the university's medical school, said in a written statement.

Dr. Pal and her colleagues studied 114 menopausal women in their late 40s and early 50s who weren't on hormone therapy. They measured the number and depth of wrinkles each woman had before using x-rays to gauge the women's bone density.

In addition to linking wrinkles to low bone density, the researchers showed that women with firm facial and forehead skin had greater bone density.

The study was presented Monday at a medical conference in Boston.

The scientists are hopeful that their findings will lead to simple tests that predict which women are at high risk for fractures, pointing out that both bones and skin are made up of a form of protein known as collagen.

But not all experts are convinced of the skin-and-bones link.

Dr. Elton Strauss, associate professor and chief of orthopedic trauma and adult reconstruction at Mount Sinai School of Medicine in New York City, told Healthday, "People who have skin wrinkles usually spend a lot of time in the sun, and that promotes the development of a lot of vitamin D, which is good for bone health. So I would have thought we might see just the opposite effect."

Women over 50 are at the greatest risk for bone fractures from osteoporosis, a disease that lowers bone mineral density and affects 200 million women worldwide, according to the International Osteoporosis Foundation. It's treated with vitamin supplements, medication, and hormone therapy.

The Cleveland Clinic has more on menopause and osteoporosis.