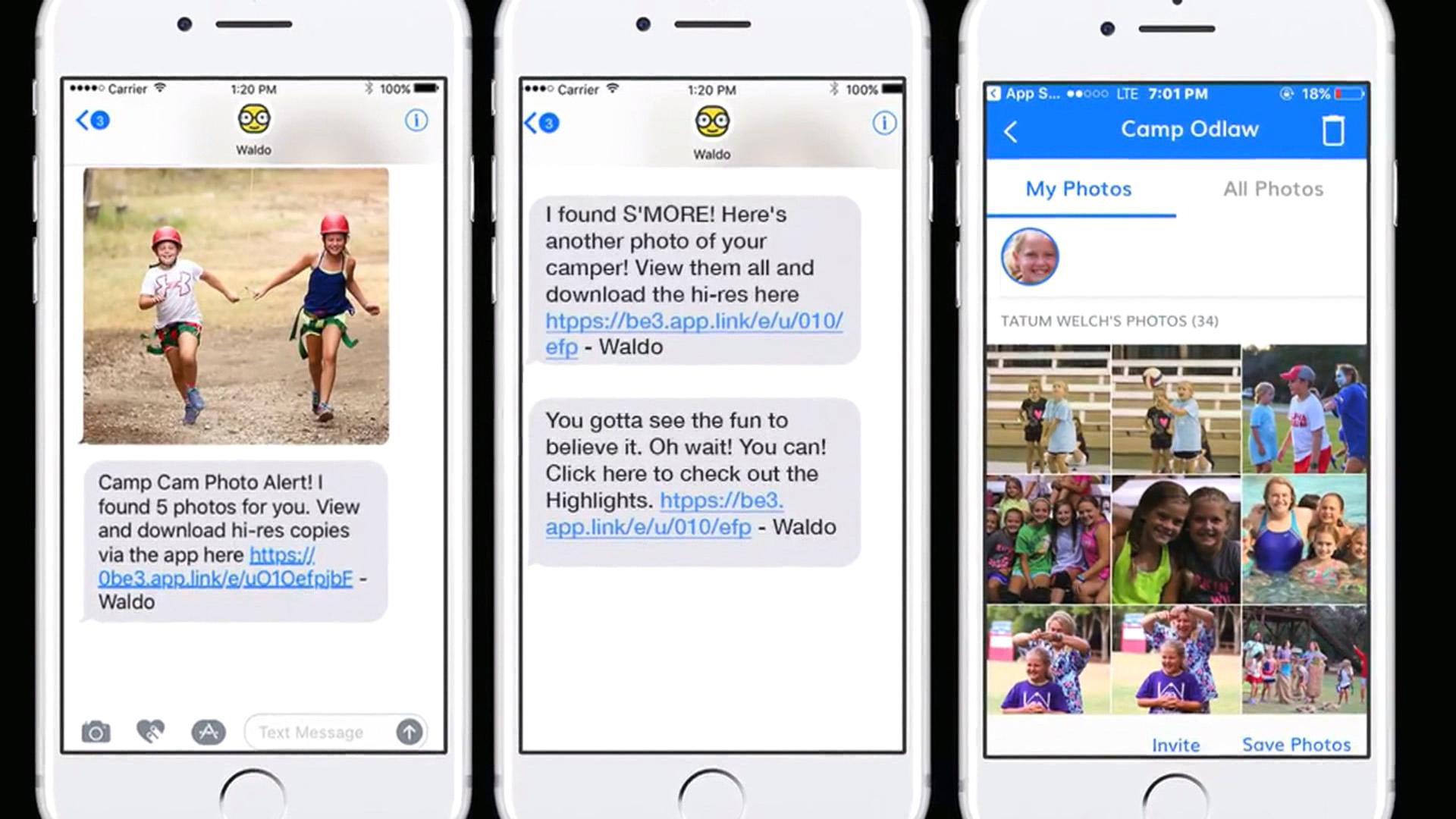 Children all over the country are off at summer camp right now, and a growing number of those camps are using new facial recognition technology to help parents keep up with their kids every day.

More than 100 camps in 33 states use the software called Waldo Photos that can identify kids in camp photos.

Rolling River Day Camp on Long Island is embracing the idea, in spite of privacy concerns.

"I think that parents are looking for convenience," camp co-director Marissa Goodman Allaben said. "They're very busy in their daily lives, so if they can have a software program that can just send them a text alert when pictures go up about their kid, I think it makes it more convenient for them and it makes the overall experience a lot better for them."

Waldo Photos software uses an algorithm and a family-provided selfie of a camper. It scans photographs taken at the camp that are uploaded to Waldo. Then the software matches those images to the selfie and sends the camp's pictures in text messages to parents.

The camp says only 15 percent of families have enrolled in the facial recognition technology program and most seem to like the short-term convenience of it.

"I know that some people have a lot of concerns about privacy, but I had already given permission to the camp to take his picture and put it on Facebook and Instagram," parent Lisa Keith said. "So to me it didn't seem that many steps removed to have Waldo have the facial recognition."

Others worry about the implications of a technology that can pick individual faces out of a crowd. Such technology has caused controversy for Amazon. And privacy advocates sounded alarms when the Orlando International Airport announced they would require all passengers arriving or departing on international flights to scan their faces.

"If I'm a parent at one of these camps, I am going to want to know how are these photos going to be stored? Are they encrypted?" Lapowsky said. "As long as facial recognition is still in its development phase, I think that regulators should be there helping these companies right the rules of the road, at least as it regards privacy."

Waldo Photos is an entirely voluntarily application. You need to opt in to use the service. Rice says if you don't want to leverage the technology, just don't opt in.