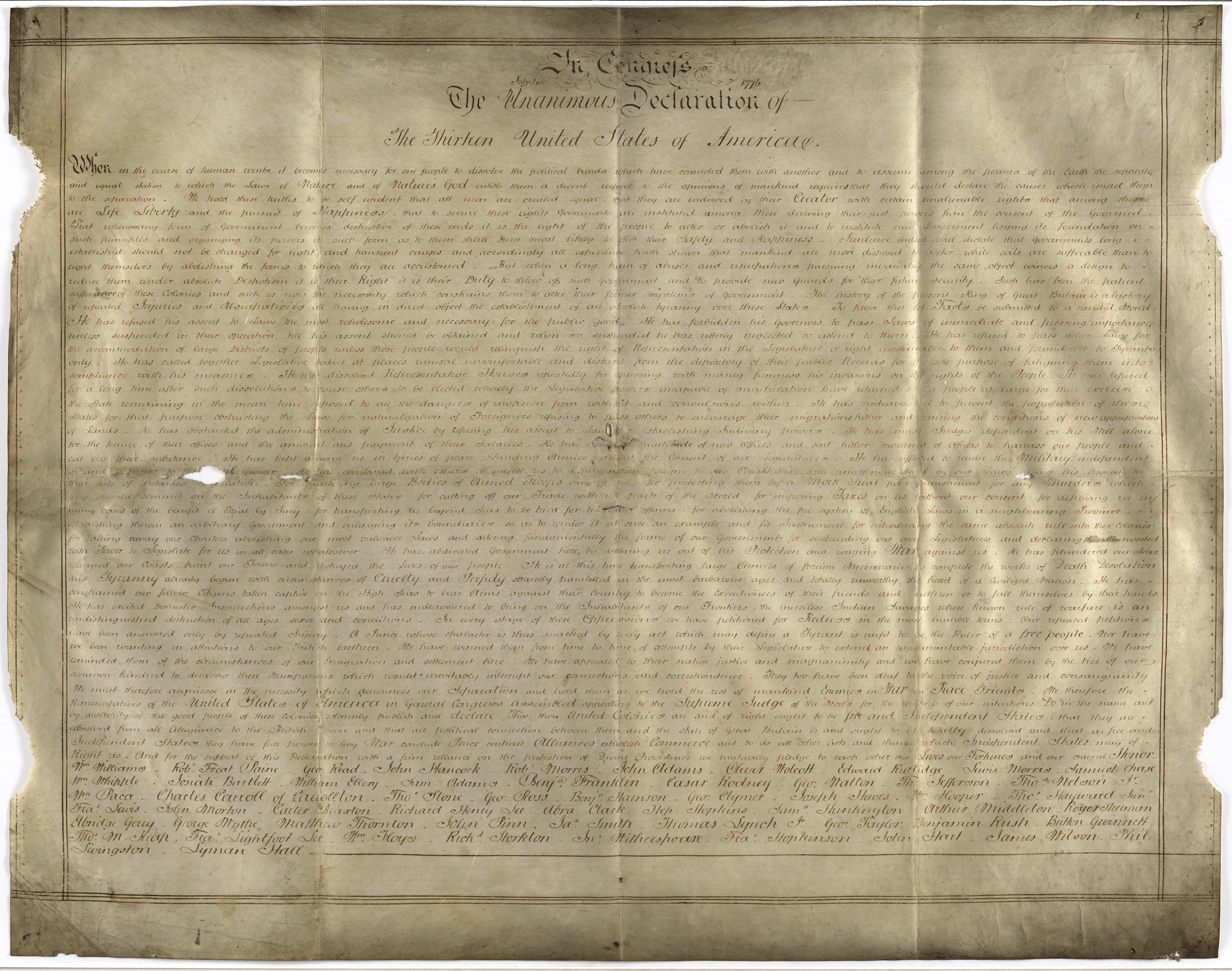 It seems all content is not created equal. A Facebook algorithm categorized parts of the Declaration of Independence as hate speech and took down excerpts of it ahead of the Fourth of July.

An editor for the Liberty County Vindicator, a community newspaper in Texas, said Facebook took action after the paper started posting the text of the historic document.

The Vindicator posted the Declaration of Independence in 12 parts on its Facebook page leading up the nation's birthday. Facebook sent a notice that one of those parts "goes against our standards on hate speech."

According to the Vindicator, Facebook flagged a passage that included the phrase "merciless Indian savages" at the end of a long rebuke of King George III. After the Declaration's famous opening lines about all men being created equal and having an inalienable right to life, liberty and the pursuit of happiness, it goes on to list 27 specific grievances against the king's rule. The last of those reads: "He has excited domestic insurrections amongst us, and has endeavoured to bring on the inhabitants of our frontiers, the merciless Indian Savages, whose known rule of warfare, is an undistinguished destruction of all ages, sexes and conditions."

The paper suspected that this quote is the reason Facebook blocked the post, although the social media company did not cite a specific reason.

"It is a very great irony that the words of Thomas Jefferson should now be censored in America," editor Casey Stinnett wrote on the Vindicator website Monday.

The next day, Facebook restored the passage and sent an apology email saying it "made a mistake" in removing a post "that didn't go against our Community standards," Stinnett said.

Facebook said in a statement to CBS News, "The post was removed by mistake and restored as soon as we looked into it. We process millions of reports each week, and sometimes we get things wrong."

This is the second year in a row that the Declaration of Independence brought surprise blowback on social media.

On Independence Day in 2017, NPR tweeted the founding document's text in its entirety in 113 consecutive posts. The tweets drew outraged comments from users who thought the radio network was posting "propaganda" and calling for a "revolution."

This is the full passage of the Declaration of Independence that Facebook deemed a violation:

"He has abdicated Government here, by declaring us out of his Protection and waging War against us.

"He has plundered our seas, ravaged our Coasts, burnt our towns, and destroyed the lives of our people.

"He is at this time transporting large Armies of foreign Mercenaries to compleat the works of death, desolation and tyranny, already begun with circumstances of Cruelty & perfidy scarcely paralleled in the most barbarous ages, and totally unworthy the Head of a civilized nation.

"He has constrained our fellow Citizens taken Captive on the high Seas to bear Arms against their Country, to become the executioners of their friends and Brethren, or to fall themselves by their Hands.

"He has excited domestic insurrections amongst us, and has endeavoured to bring on the inhabitants of our frontiers, the merciless Indian Savages, whose known rule of warfare, is an undistinguished destruction of all ages, sexes and conditions."