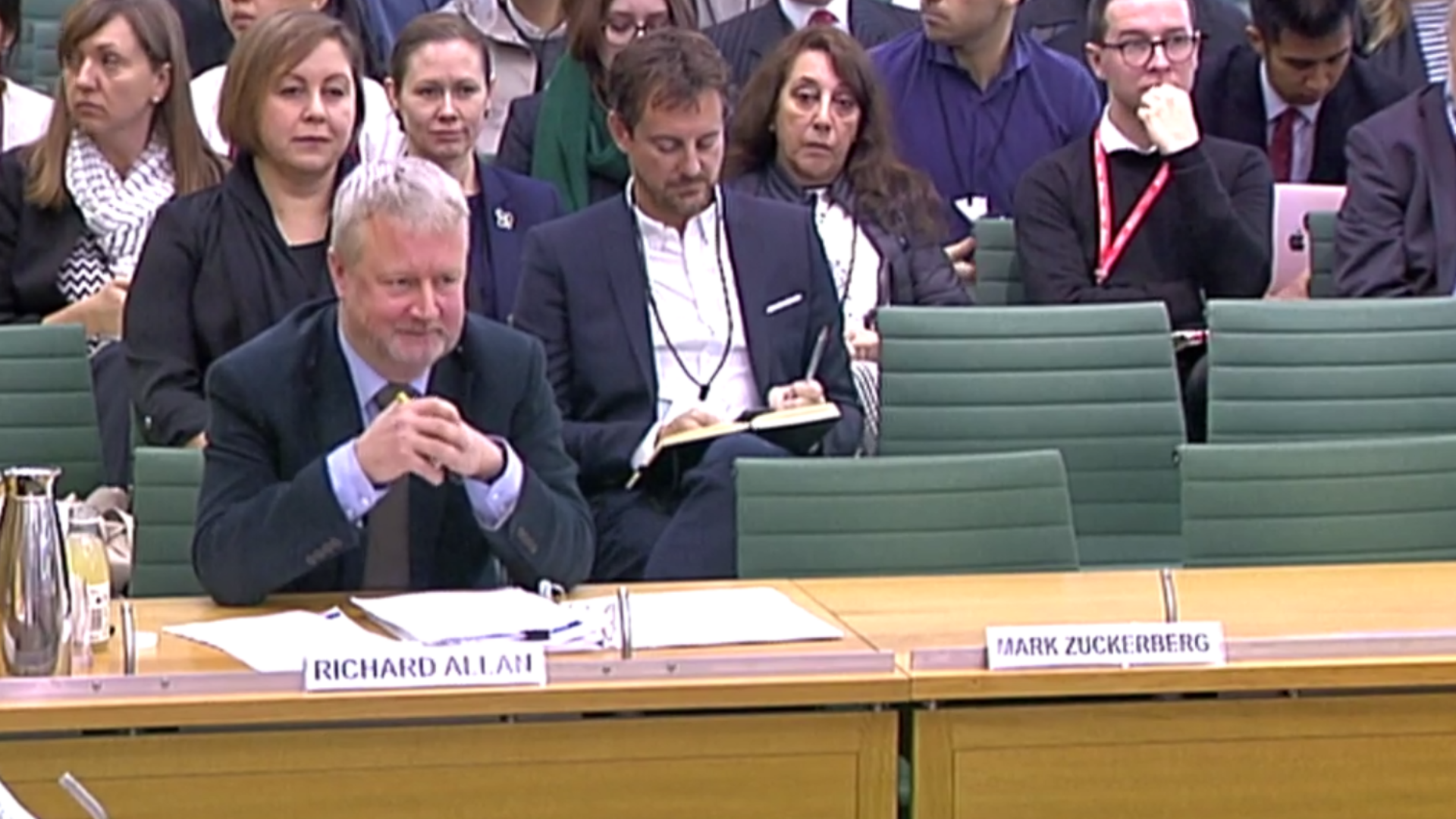 A Facebook engineer discovered in October 2014 that "an entity with Russian IP addresses" was harvesting more than three billion data points per day, a British member of Parliament revealed Tuesday.

Communications related to the engineer's discovery were among a trove of documents seized from an American businessman by Damian Collins, who leads an unprecedented coalition of lawmakers from nine nations investigating the social media giant and its role in spreading disinformation.

On Tuesday, Collins' "grand international committee" grilled Richard Allan, Facebook's vice president for public policy, and Collins gave the first hints of what the seized documents contain. Though he said the committee won't be publishing the documents, he said one in particular might be of significant public interest.

"An engineer at Facebook notified the company in October of 2014 that an entity with Russian IP addresses had been using a Pinterest API key to pull over three billion data points a day," Collins said at the hearing. "Was that reported to any external body at the time?"

Allan — who was seated next to an empty chair reserved for Facebook founder and CEO Mark Zuckerberg, who declined to attend — did not directly answer the question. However, a Facebook spokesperson contacted by CBS News said Collins' revelation was taken out of context.

"The engineers who had flagged these initial concerns subsequently looked into this further and found no evidence of specific Russian activity," the spokesperson wrote in an email.

Allan and Facebook criticized the committee's decision to use the documents, which were given to the committee by the founder of Six4Three, an app development company involved in litigation with Facebook. The documents were ordered sealed by a Superior Court judge in San Mateo, California, after months of legal wrangling between Facebook, Six4Three, and media organizations, but the court has no jurisdiction in Britain.

Collins indicated after the documents were seized that lawmakers believed they might include communications between top Facebook executives about the company's deliberations over the sharing of data.

The extent to which Facebook's leadership is represented in the documents is unclear, but Canadian Parliament member Nathaniel Erskine-Smith referenced the seized documents in asking whether Facebook founder Mark Zuckerberg ever personally canceled an announcement related to app developer access to the data of individual Facebook users' friends.

Allan's reply did not directly answer the question.

The hearing was testy from the very beginning, when Allan faced a heated exchange with Canadian member Charlie Angus.

"I want to say how deeply disappointed we are for Mark Zuckerberg to ignore an invitation from so many nations," Angus said to start the meeting, before asking for an explanation of the decision-making that led the Facebook founder's absence from the hearing.

"I don't think we've ever seen a corporation under a spotlight like this," Angus continued.

"Was it not an admission" that fake news was being shared, she asked.

Allan replied by saying the company decided to discontinue all advertising related to the referendum because of how much spending was pouring in from outside the country.

Throughout the hearing, lawmakers accused Facebook of failing to be upfront about its efforts to counter disinformation.

"What do you say to our 400 million constituents?" asked Canada's Bob Zimmer, referring to the total number of residents of countries represented by the grand committee. "You still don't grasp the influence you have on election campaigns."

In another terse exchange, Singapore's Edwin Tong asked why a post in Sri Lanka saying "kill all Muslims" was allowed to stay up, calling it an "egregious mistake." Tong said when a Sri Lankan government official pushed Facebook about the post, the company replied initially, "This post does not break any specific rules."

Allan defended Facebook's efforts to contain hate speech on the platform, but said ultimately "I'm ashamed" of examples like the post in Sri Lanka.

After the hearing, the lawmakers — from the U.K., Canada, Ireland, Argentina, Singapore, France, Belgium, Latvia and Brazil — signed "a declaration on the Principles of the Law Governing the Internet."

The document calls for the creation of "a system of global internet governance that can serve to protect the fundamental rights and freedoms of generations to come."