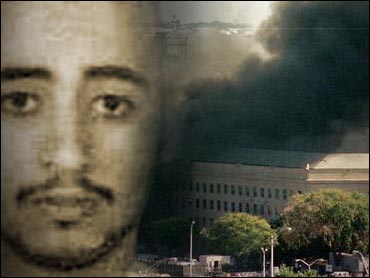 Months before Hani Hanjour is believed to have flown an American Airlines jet into the Pentagon, managers at an Arizona flight school reported him at least five times to the FAA, reports CBS News Correspondent Vince Gonzales.

They reported him not because they feared he was a terrorist, but because his English and flying skills were so bad, they told the Associated Press, they didn't think he should keep his pilot's license.

"I couldn't believe he had a commercial license of any kind with the skills that he had," said Peggy Chevrette, the manager for the now-defunct JetTech flight school in Phoenix.

Reacting to the alert in January 2001, an FAA inspector checked to ensure Hanjour's 1999 license was legitimate and even sat next to him in one of the Arizona classes.

But he didn't tell the FBI or take action to rescind Hanjour's license, FAA officials said.

"There was nothing about the pilot's actions to signal criminal intent at the time or that would have caused us to alert law enforcement," FAA spokeswoman Laura Brown said.

But one official said the inspector, John Anthony, did not suggest a translator and "did not observe any serious issue" with Hanjour's English, even though University of Arizona records show he failed his English classes with a 0.26 grade point average. Other Arizona flight schools he attended also questioned his abilities.

"He didn't do his homework, didn't attend on time and he would sort of come and go," said Duncan Hastie of Cockpit Resource Management.

Marilyn Ladner, the vice president of Pan Am Flight Academy in Miami – the company that owned JetTech before it closed in the aftermath of Sept. 11 – told CBS News, "We did everything we were supposed to do," in reporting Hanjour.

Hanjour attended flight schools with two other Pentagon hijackers. And in July last year, an Arizona FBI agent alerted Washington that a large number of Middle Eastern men were taking flying lessons, but he was ignored.

Then a month later, a Minnesota flight school reported Zacarias Moussaoui to the FBI. He was arrested and is now awaiting trial; the only accused Sept. 11 conspirator who has been caught.

The Arizona school's alert is the latest revelation about the extent of information the government possessed before Sept. 11 about the hijackers or concerns about a terrorist strike. Last week, the Associated Press reported the FBI in Arizona raised concerns in July 2001 that a large number of Arab students were training at a U.S. flight school and urged FBI headquarters to check all schools nationwide for such students — advice that wasn't followed until after Sept. 11.

Attorney General John Ashcroft said Friday he didn't know there had been a red flag raised about Hanjour. "I'd be pleased to include information like this in our investigation, but it's not something with which I'm familiar."

Key members of Congress said the latest revelation shows the government still has a long way to go to eliminate America's vulnerabilities to terrorism.

"We're only a few small steps ahead of where we were before Sept. 11. The flaws of the past are still pretty much in place," said Rep. John Mica, R-Fla., who said the House aviation subcommittee he oversees would look into the Hanjour matter.

Chevrette said Hanjour's English was so poor that it took him five hours to complete a section of a mock pilot's oral exam that is supposed to last just a couple of hours.

Chevrette said she contacted Anthony again when Hanjour began ground training for Boeing 737 jetliners and it became clear he didn't have the skills for the commercial pilot's license.

"I don't truly believe he should have had it and I questioned that," she said.

FBI agents have questioned and administered a lie detector test to one of Hanjour's instructors in Arizona who was an Arab American and had signed off on Hanjour's flight instruction credentials before he got his pilot's license.

MMII, CBS Worldwide Inc. All Rights Reserved. This material may not be published, broadcast, rewritten, or redistributed. The Associated Press contributed to this report