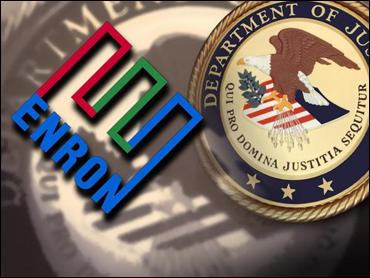 Failed Enron Corp. used schemes of dizzying complexity to shrink its tax payments, inflate its income and overwhelm the Internal Revenue Service even as it paid its executives lavishly and manipulated the tax laws, a congressional panel found in an investigation made public Thursday.

The massive three-volume report by the House-Senate Joint Committee on Taxation "reads like a conspiracy novel" that chronicles key aspects of Enron's stunning collapse, Grassley said.

Enron received tax advice that pushed legal boundaries from established companies such as Bankers Trust and from its outside law firm, Vinson & Elkins, the congressional panel said in a report on its yearlong probe of Enron's tax records.

The company's tax department became a profit center, with its own annual revenue targets, the report says.

"Show Me the Money!" is emblazoned on an internal Enron document regarding a transaction, one of a trove released by the committee.

Enron's tax deals "pushed the concept of business purpose to the limit (and perhaps beyond," it says. "Enron's behavior illustrates that a motivated corporation can manipulate highly technical provisions of the law." By using advice from sophisticated lawyers, investment bankers and accountants, "corporations like Enron have an inherent advantage over the IRS," the report says.

The use of tax shelters has come under new scrutiny following the recent disclosure that telecom giant Sprint Corp.'s top two executives may have lost their jobs for having used a questionable shelter for their own money. The Finance Committee lined up behind a crackdown on tax shelters last week.

Top Enron executives and directors received millions of dollars worth of company stock, which they sold in 2000 and 2001. Many executives also received deferred compensation under arrangements that allow the money to grow tax-free for years. Some critics believe that such arrangements, widespread among corporations, often have become abusive.

According to the report, Enron executives were able to defer more than $150 million in compensation from 1998 through 2001. In the weeks preceding Houston-based Enron's spectacular bankruptcy in December 2001, the company paid executives $53 million in sped-up deferred compensation.

A court-appointed bankruptcy examiner also has been looking into Enron's tax deals.

For examiner Neal Batson, appointed by the federal bankruptcy court in New York City, the question is whether the company violated tax rules. That would open the way for Batson, on behalf of Enron creditors, to go after assets involved in the tax deals or to sue the big banks, accounting firms and law firms that helped design them.

The twin tax probes represent a new focus of investigation following the yearlong dissection of Enron's complex web of partnerships — used to hide more than $1 billion in debt — by federal prosecutors and lawmakers.

Andrew Fastow, the company's former chief financial officer, was indicted in October on 78 counts of fraud, money laundering, conspiracy, obstruction of justice and other charges. He pleaded innocent and is free on $5 million bond. Justice Department prosecutors allege that he engineered several off-balance-sheet schemes and partnerships that hid debt, inflated profits and let him skim millions of dollars for himself, family and friends at shareholders' expense.

Enron's failure destroyed the retirement savings of thousands of employees and hurt individual investors and pension funds nationwide. It was the first in a series of big company scandals that shook public confidence in the stock market and the integrity of corporate America. The joint taxation committee's tax inquiry was among more than a dozen congressional investigations into Enron's collapse.

According to Enron's former top tax executive, Robert Hermann, the company boosted its reported profits by another $1 billion or so by using tax schemes between 1995 and 2001. Hermann has defended the practices as legal.

Some experts say that even if that is the case, the complex transactions may have helped Enron paint a false picture of its financial situation and profits.